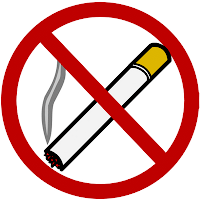 Dear Rich: Thanks again for the blog post with my question about using trademarks in a film. One of my concerns had been that a Marlboro sign appears in the store where we filmed. I've since tried to contact Philip Morris twice via e-mail, receiving the exact same stock response both times, basically saying they don't pay for or endorse their products in any media. So I was about to call them up when I stumbled on this article on their site, which quotes:


Unfortunately, the fact that we do not engage in product placement does not mean that our brands are never shown. Some producers and directors choose to depict our brands in their work without our permission. But we are limited in our ability to stop all displays of our brands because federal and state trademark laws, as well as the U.S. Constitution, protect freedom of expression and the "fair use" of trademarks in works such as movies and television shows. Our position is clear – we do not want our brands or brand imagery depicted in movies and television shows. The unauthorized use of our brands and brand imagery perpetuates the misunderstanding among some that we pay or are otherwise responsible for these depictions, which is simply not the case. We strongly encourage the movie studios to eliminate references to or depictions of our brands.

So I'm kinda giving up on asking them for permission, and am just going to include the image in my film. I am contacting other companies to get their permission with great success so far, but I've given up on the tobacco industry. Thanks again for your help!
Thanks for filling us in on this fascinating aspect of trademark practice. There are two reasons for the tobacco company's response. First, the tobacco companies signed a master settlement agreement of a class action lawsuit in 1998 that prohibits payment for placement of tobacco products in films. Second, there's no sense in promoting tobacco products because the tobacco companies are often sued under the theory of negligent advertising. Of course, product placement is a separate (though related) issue from granting permission. However, as we've discussed before, use of trademarks in films is commonly justified under first amendment grounds.
Posted by The Dear Rich Staff at 6:00 AM