He wants to use image from concert video 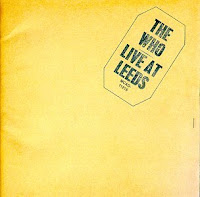 Dear Rich: I have some old Who videos from a concert about 35 years ago that I took one frame out of and made my own electronic art out of it. While what I created is quite different then the original frame, it is the foundation of my art picture that I am left with. If I were to hang that up or sell it, would I be violating copyright laws. It was from a very old concert and the frame that I used as a my foundation for what I created could have come from anywhere. And, if I am violating copyright, is it really enforceable and/or do you think it would be an issue with anyone if I were to sell this edited image? Short answer dept. No we don't think your use is likely to become a legal issue. As we explained in yesterday's entry, using a single still can constitute infringement though it's usually not likely to result in a lawsuit. The concert film is most likely protected under copyright law as the Who haven't been around long enough to trigger any of the traps that would drop the movie into the public domain -- for example, if it was published before 1964 and not renewed.
Fair Use Dept. It sounds as if you have the makings of a decent fair use argument (although we'd prefer if you didn't get embroiled in that type of dispute). Here's a link to compare your use to other visual arts fair use cases.
Staying out of trouble dept. Are you selling only a single print?  Problems are more likely to develop if you market the work in bulk. So if you're paranoid about being hassled, don't mass produce your prints.
Posted by The Dear Rich Staff at 6:00 AM