Can We Sell Irish Street Art 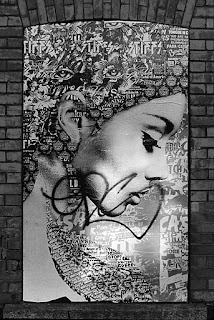 Dear Rich: The attached photo was taken in Dublin Ireland. Someone had added a little graffiti and the overall look was pretty cool so we took some photos. It was out on the street, no trespassing involved here. I’m wondering if we would be in the clear to publish a series of these photos to sell as open edition print reproductions? We agree; this is some pretty cool street art. As we've discussed before, art (unlike architecture) that's publicly viewable from the street is protected by the same copyright rules as art that is hanging within a museum. The only exception is that there might be a tendency for judges to be more liberal applying fair use rules. For example, reproduction of this image as one element in a Dublin street scene would probably be fine. But featuring the photo and selling individual prints would likely violate the artist's copyright (we assume the graffiti is not by the same artist and in any case, it is not protectible). We're not experts on Irish copyright law but from what we've read, it seems as if the same basic rules apply in Ireland as in the U.S. (We're also not sure whether the copyright holder is Irish (as Dublin attracts foreign street artists). But in any case, most countries including the U.S. are treaty partners meaning that foreign copyright holders can claim certain rights in the U.S. For all these reasons, resale of this artwork could make you an easy target for an infringement claim.