Is It Harder (or Easier) to Invalidate a Patent? 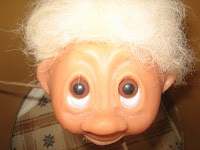 [We're providing some Supreme Court summaries this week.] Yesterday, the Supreme Court upheld a $290 million decision against Microsoft. Ouch! (Microsoft v. i4i Ltd. Partnership). The Justices chose not to go troll hunting and in what is considered a victory for non practicing entities, the Court maintained the standard of proof required to invalidate a patent. (The standard of proof is a scale of how convincing the evidence is. On the low end is  a 'preponderance of the evidence'; on the high end is "beyond a reasonable doubt." 'Clear and convincing' is in between.)
The Backstory. Microsoft was sued for patent infringement by i4i, a Canadian company. i4i's pursuit eventually forced Microsoft to disable an XML feature of Word (which ended up making it more confusing and time-consuming for the Dear Rich Staff to convert text into eBooks). Microsoft had been offered a chance to license the patent before the case blew up but passed perhaps believing that the patent would be proven invalid. At trial, Microsoft argued that i4i failed to disclose a prior invention that might have invalidated the application (a principle known as the 'one-year rule'). The jury was instructed that the patent could only be invalidated if there was "clear and convincing" evidence of invalidity. Microsoft and many other tech companies wanted the court to use the lower standard of "preponderance of the evidence" which would make it easier to invalidate many of the iffy patents used by non practicing entities.
But it didn't happen. The justices refused to change the standard, proving that the Court isn't slavishly pro-business or anti-Canadian. The Court threw one small bone to troll victims: they could tell juries about any evidence that hadn't been considered by the patent office -- like the facts Microsoft had advanced about i4i's patent.
Bottom line: Tech companies will need to petition Congress for a change (unlikely) and big Pharma is happy with the decision.
Posted by The Dear Rich Staff at 6:00 AM