Can Your ISP Make You Go to Copyright School? 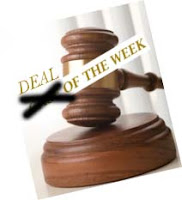 Dear Rich: Can you explain the deal brokered between ISPs and media companies?
First, some backstory. It’s estimated that 95% of the music, and 80% of the movies downloaded are illegal. These statistics are frightening for media companies who have spent the last ten years using a heavy-handed and largely ineffective strategy of dragging individual users into court. Passing more stringent laws seems like a dubious proposition as that would still require individual legal battles. So, with the assistance of Governor Cuomo of New York (and encouragement by President Obama), a deal was brokered between ISPs and media conglomerates. This isn’t a law; it’s a contract involving six ISPs (AT&T, Comcast, Cablevision, Time-Warner Cable, or Verizon).

How Does the Deal Work? The agreement requires that your ISP implement a “six-strikes” system in which individuals who download illegal material receive a series of escalating alerts. The first four alerts are informative and explain how to download legally. By the fifth alert, the ISP can either provide a warning like the other four, or can implement tougher punitive restrictions, for example reducing download speeds or requiring the user to respond to educational materials about copyright. If another alert is needed, the ISP can implement stricter restrictions. Nothing in the deal requires that the ISP cut off service, limit emails, or messages, and no personal information about the user is exchanged – all of it is accomplished via the user’s anonymous I.P. number. Opponents of the deal object that users may be punished even though they haven't legally been proven to have infringed.
Takeaway Points. If a user disputes actions taken by the ISP, the user can – for $35 – file for an “independent review,” though it’s not clear what that entails. The deal, like any deal, can be amended and could possibly include harsher penalties in the future. The deal also may get road tested in courts as users or rights group test the legality. Stay tuned.
Posted by The Dear Rich Staff at 6:00 AM