Can NDA be Governed By Two States? 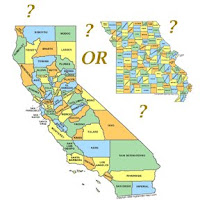 Dear Rich: I’m working on a Non-Disclosure/Trade Secret Agreement for an employee that we have in California. Our main office is in Kansas City, Missouri. Is this wording legally appropriate?

Can the laws of 2 states govern an agreement? If not o.k., could you please make a verbiage recommendation? We're hesitant to suggest specific verbiage for your contract ... that might cross the imaginary line between providing legal information and providing legal advice. But we can help you avoid ambiguities in your agreement.
Jurisdiction provision. You've combined two provisions (governing law and jurisdiction) which is not uncommon. The jurisdiction provision (also known as "forum selection") requires that any lawsuits arising from the agreement will be filed in Missouri. In normal circumstances, a California citizen may not be obligated to defend a lawsuit in Missouri (but the jurisdiction provision is intended to give consent in advance). Keep in mind that jurisdiction provisions are not uniformly enforced. For example, Idaho and Montana won't enforce them at all while other states require that the parties have some contact with the state beyond the contract provision.
Governing Law. This provision (also known as "choice of law") allows the parties to choose which state's laws will be used to interpret the agreement. If two states are named there will likely be some ambiguity, and ambiguity may be interpreted against the drafter (your company). It's true that this may not be a major issue for your NDA because both Missouri and California have adopted trade secret laws based on the Uniform Trade Secrets Act. Still, there are some substantive issues on which the two states differ and your clause may create unneeded confusion. As a general rule, we believe California law is more likely to favor employee rights than Missouri -- for example, California has strict rules prohibiting noncompetes. Because you are forcing any cases to be filed in Missouri, it would be less ambiguous to use only Missouri law.  Finally, although you are probably aware, NDAs are only enforceable to protect company trade secrets. We've posted some examples of NDAs at this site.
Posted by The Dear Rich Staff at 6:00 AM