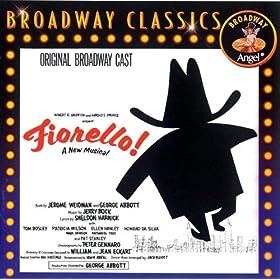 Dear Rich: I represent some members of a theater musicians organization. My question is about transcribing theater numbers from a CD, and performing them in public. Do we have to pay any copyright fees to anyone? Do we have to pay the  Tams-Witmark people who own the rights to the music? Actually, the Tams-Witmark company doesn't own the musical performance rights to musicals; they control what are known as "grand rights," which refer to the permissions necessary to stage an opera, play with music, or a work of musical theater. So, you need to consult Tams-Witmark if you are putting on the show, but not if you are only performing songs from a show -- for example, playing songs from The Wiz, Wicked or West Side Story.
BMI and ASCAP. Performance rights organizations such as BMI and ASCAP collect for such performances by charging venues with an annual blanket fee. So the venue ends up paying for it, not the musicians. The business of transcribing the music may technically require permission, but it is unlikely anyone will chase you for writing out the chord changes and melody of a song unless you attempt to sell these transcriptions.
The Name's Laguardia. Can you believe that there was once a hit broadway show about Fiorello LaGuardia and it won the Tony and Pulitzer Prize? The Dear Rich Staff remembers it fondly (probably because we had the lead in one high school performance).

Posted by The Dear Rich Staff at 8:02 AM