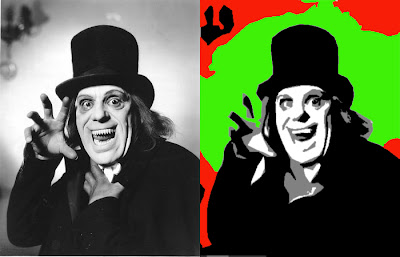 Dear Rich: I saw your entry on "Using Movie Stills at a Website." What if I draw a picture from the scene? Is that still copyright infringement? Would the quality of reproduction also have a factor (i.e. a very realistic recreation of the still vs. something more paint-like)? As we mentioned last February, unauthorized reproductions are infringements unless excused by a defense such as fair use. The same rules apply for unauthorized derivative works and these can trigger the same legal responses as straight infringements (as Shepard Fairey learned when he created his artsy Obama Hope imagery -- which has triggered its own derivative infringements). You don't protect yourself by making a more "artistic" derivation.  It's infringement as long as a lay observer believes that the underlying (or preexisting) work has been copied (for example, as in the example, above). In any case, this legal mumbo-jumbo we're spouting is ignored by millions of people on the web every day. So, the real question is whether your creation of an unauthorized derivative work based on a movie still will make somebody so mad that they'll come after you, take your home, car and new Mac laptop. As usual, we couldn't tell you ... though as we've mentioned before, you're likely to be better off if you use smaller images (thumbnails are best), you don't poach from popular licensing sites such as Getty Images (that regularly troll for their digital fingerprints), and you don't use the image more than once, or for commercial purposes such as merchandise. And of course, the popularity of your site may also make you a more likely target.