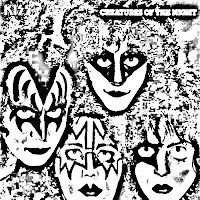 Dear Rich: A friend of mine and I have several book project ideas that we are discussing and looking to move forward on. One idea is a coloring book of hard rock and heavy metal guitarists. If we base the images on photos, or even more directly, create the coloring book images from photos, do we need to get permission to use and/or adapt the image from the photographer or photo agency? And/or from the artist? It took a while to answer your question because we kept getting sidetracked Googling heavy-metal stuff. We once played in a band that many people mistakenly believed was heavy-metal (Stairway to Hell even included three of our albums). We definitely weren't heavy metal and proof of that can be found in our lackluster (less than lackluster, actually) record and ticket sales. Other proof: we didn't have a light show or fireworks, and we were generally too smarty-pants for the sign-of-the-horns crowd (As one of our album titles warned, Always Leave 'Em Wanting Less.) But even though we weren't HM musicians, the Dear Rich staff loved headbangers in a rock-critic way, and years later the staff even went on to do some nice metal covers. It began to unravel when, back in the late-70s, we concluded that metal -- despite its soaring solos and flash -- was really a sad, depressing, musical genre. Our first inkling was at a 1978 San Francisco press conference at which Kiss announced they were going to issue four separate solo albums. There was something about the lighting and the buffet, combined with the fascist LP posters, that just created a demoralizing effect, and really brought our heads down. That was a precursor to the hair-sprayed 80s metal and then in the 90s, when people started calling Nirvana metal, the whole thing was really over. That's why nowadays, we're not surprised to find that Gene Simmons is into mutual fund salesmen and Dave Mustaine has a Rick Santorum crush.
Right, you had a question. If you don't already regret asking your question, you'll surely regret it once we start spouting this answer. If you want your book to be published by somebody legit -- that is, more than a publish-on-demand limited edition -- you'll have to get permission. That's because if you're seeking a publishing deal, that deal will likely require that you get permission and indemnify for all rights. And the photo permissions may be a little complex because you're not seeking to reproduce the images -- you're seeking to modify them so that they can be used in a coloring book (known as creating a derivative). In other words, the standard stock photo license won't work. If you hired an artist to recreate these photos, the rules would likely be the same (Although if the artist uses sufficient creative license -- resulting in less similarity --  there's less need to seek permission, as described below). Of course, all of this is based on the likelihood that a copyright holder will find your work.
What should you do? If you're really gung ho about this project, we'd suggest hiring an artist with a distinctive style that will be applied consistently throughout the book. Give the artist photos to show the appearance of the musicians but instruct the artist to change the clothing, settings, placement, and other elements so that the resulting work isn't similar to the supporting photos -- it just looks like the musician and is part of a consistent overall look and feel to your book. And yes, btw, you will need to get permission from the artist (you can find an appropriate form in our Getting Permission book) Rock on!
Posted by The Dear Rich Staff at 6:00 AM