Wants to Use Sports Nicknames 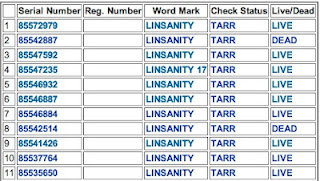 Dear Rich: I would like to use nicknames of sports stars on merchandise. Can you tell me what is allowed and what isn't. For example, let's use New York Knicks (team colors are blue and orange) player, Jeremy Lin, who wears number 17. He has had many nicknames given by the media. Can I: (1) print on a blue t-shirt, with orange writing saying "Linsanity" and the number 17, (2) print on a blue t-shirt, with orange text just saying "17," or (3) print on a blue t-shirt with orange text saying "New York" and the number 17? The general rule we've observed in sports merchandise infringement is that if you're on the league's radar in a big way  -- whether copying numbers, letters, colors or some combination -- the league's lawyers will come after you. It usually doesn't matter whether the league will win in court (though most of the time they will) because most small merchandisers can't afford to take them on. (Yes, we know that can be unfair to the fans.) That said, you can probably get by with #2, a blue shirt with an orange number 17, and with #3 (especially if the lettering for New York is not in the Knicks typestyle). As noted, avoiding getting hassled may have a lot to do with where you sell your stuff. As you can imagine, you're always more likely to get hassled if you set up a booth near a licensed merchandiser who will certainly report your sales.
Nicknames. The legal right to exploit a player's nickname may belong to that player, particularly as with Linsanity, where the nickname incorporates the player's surname. In that case, the player may be able to assert right of publicity claims or trademark claims. As the search results for Linsanity show (above), there are presently nine people vying for the Linsanity registration for products ranging from computer software to perfume (Bouquet de Gym Socks?). We think, except for this applicant, most applicants will likely have wasted their $345 application fees.