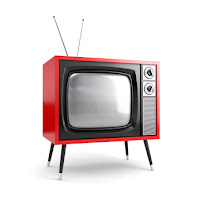 Dear Rich When I was an employee with a TV production company, I had conceptualized and developed a 3-page documentary treatment about a famous personality and an annual event that he organizes. I understand that all intellectual rights belong to the company. Can I legally make a film independently based on this premise after I have left the company? Can I also use the same title? You may have the legal right to pitch the show -- more on that later --  but practically, if the TV production company thinks you're using proprietary material, chances are good they'll figure out a way to drag you into court. TV people are touchy about idea-theft and even the most embarrassingly mundane ideas become the subject of lawsuits -- most recently, All-American Muslim, Bingo America, and So You Think You Can Dance. Keep in mind that some of these cases go on longer than the shows themselves.
Do you have the legal right? We start with the premise that the basic idea of a documentary about a famous personality (and his annual event) is not protectable and anyone can pursue it --  unless you've contractually agreed not to. Whether you would prevail in an idea-theft lawsuit depends on  your employment agreement, whether your treatment arose to the level of a company trade secret, whether the treatment was copyrightable, and how much of the treatment is used in your production. As a general rule, the more detailed the company's treatment, the harder it will be for you to launch a similar project. Unique details -- a novel line of questioning, an out-of-the-box POV, or previously undiscovered research -- tend to enhance trade secrecy and copyright, and make it easier to prove theft. As for the title, if it's so unique that you want to take it, it's probably a trade secret. Check your employment agreement to determine any post-employment limitations, and keep in mind that you'll have to indemnify your production, so it may be worth getting a legal full-monty.
Posted by The Dear Rich Staff at 6:00 AM