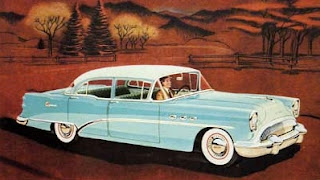 Dear Rich: I recently went to a public event that included an antique car show. There were no restrictions about photography. I shot many images of many cars. I handed out my card to the car owners when I could find them and told them they could see some of the photos on my web site and purchase them too. Many of my photos are just detail shots, using the shapes, forms and color to make an interesting composition. A week after the show, I get an email from the owner of a 54 Buick asking me to please remove the photograph of his car from my web site. He said I did not tell him I was a company selling photographs. I must not have told him they could be purchased. It was only then that I learned of the “property release” issue. I was dumbfounded and naïve to this but it just didn’t seem right. The photo in question is not even the whole car, it could be any 54 Buick. But even if it’s the whole car, what’s my risk? We can only think of a few situations where you might be at risk: (1) if the cars contained artsy creative custom detail work that amounted to separate artistic expression (in which case there may be a copyright claim); or (2) if the organization that presented the custom car show placed restrictions on photography (in which case you would have breached the contract and the organization -- not the car owner -- would have a claim); or (3) the focus of your work was car logos and you sold these images on merchandise -- for example, selling t-shirts with the Chevrolet logo (in which case, the car company -- not the car owner -- might bring a trademark claim). Otherwise, we don't see a problem.
What about the property release? A property release is typically used to allow someone permission to enter property (typically, a house or building) and use the location in a photo or film. A property release wouldn't be required at an auto show show (unless the venue had photo restrictions).
Posted by The Dear Rich Staff at 6:00 AM