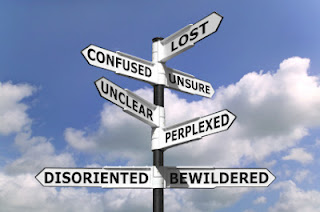 Dear Rich: This is a question related to the ownership of the invention between the employer and employee. I was employed by a company and I created an invention at work. The product that I invented was not related to any company business nor did I design the product using any knowledge that I acquired from the job; I just used the computer at work. In its program guidelines, the company said that if the invention was company business related, the company own the right although if the company was not interested in pursuing, it would release it and give the right back to the employee. If the project was not related to the company business, but the company was interested, then it would negotiate with the employee as to how two parties work together. If it was not interested, then the employee was free to do whatever he wanted.The employment agreement did say that if the employee uses any company resource to create anything, the company owns the rights. I left the company shortly after and a few months later, the company came back and proposed that we jointly submit the invention to a large corporation. They did not want to put any money in patenting. Without IP protection, I was not willing to go along. I told the company that I wanted to pursue the invention further on my own. A few days later, I received two documents that I requested --  a signed NDA and a letter of release, stating that I am the sole legal owner of the invention and that the company will not claim any legal right in the future: Is it safe for me to say that I now truly own the legal right of my invention (if I get the patent)? It seems that the guideline somewhat contradicts the terms in the employment agreement. My assumption is that the letter release should override the employment agreement.
Long Question; Short Answer Dept. You need to see an IP attorney. We believe the letter granting all rights will trump prior agreements but we couldn't say for sure without looking at the papers. If you're still interested in patenting the invention, you need to confirm your ownership and you also need to check your deadlines particularly if the invention has been disclosed or published. Here's a collection of articles that may help you sort out ownership issues and here's a previous entry relevant for California inventor-employees.
BTW, speaking of inventors, today (actually yesterday) marks the one-year anniversary of the America Invents Act and seven provisions of the AIA go into effect: inventor's oath or declaration; preissuance submissions; supplemental examination; citation of patent owner claim scope statements; post grant review; inter partes review; and covered business method review. Read more about it at our AIA timeline.
Posted by The Dear Rich Staff at 6:00 AM