Why is Faulkner Suing Woody Allen? 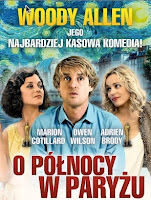 Dear Rich: You have been advising people that it's okay to use quotations without infringing ... but the Faulkner estate recently sued several companies for using a Faulkner quote.  Is it okay or isn't it? Speaking of Faulkner, we recently read The Sound and the Fury for the first time and we have to say that was one heck of a confusing book. We kind of liked it but if it weren't for the Cliffs Notes-style explanation in Wikipedia, we're not sure we could positively distinguish Quentin and Ms. Quentin. We tried the movie version for clarity and that was a big mistake (although that's a pretty unique cast!) Right, you had a question. Yes, the Faulkner estate recently sued over the use of two Faulkner quotes. The first lawsuit is over the quote “The past is not dead! Actually, it's not even past." The estate sued Sony Pictures over the use of that quote in Woody Allen's "Midnight in Paris," (more details here), and they also sued Northrop Grumman and the Washington Post over an ad that used a second Faulkner quote, "We must be free not because we claim freedom, but because we practice it," (more details here). The two complaints are similar (see the movie complaint; see the Grumman complaint). They both have three claims --  copyright infringement, Lanham Act violation, and commercial appropriation. We'd bet our mortgage that the copyright infringement claim will fail for the reasons expressed in yesterday's blog. As for the other two claims, we have a feeling that the estate is unhappy with the associations (military contractors, Woody Allen) and is trying to push the limits of "endorsement" claims, which could be troublesome considering that Mississippi has little precedent for right of publicity claims.
Takeaway Dept. We'll stand by our position on copyright and quotations but add the caveat that being "right" doesn't mean that copyright owners can't sue you. If you're planning an advertisement that uses a quote from someone who is alive or recently deceased, get it reviewed by a lawyer.
Posted by The Dear Rich Staff at 6:00 AM

Email ThisBlogThis!Share to TwitterShare to FacebookShare to Pinterest
Labels: fair use, quotes, right of publicity