Is it Too Late for TM Registration? 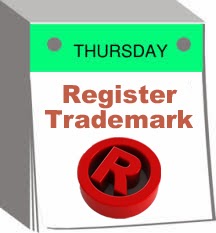 Dear Rich: I made a computer game in early 2000, and never bothered to register a trademark for the title. It was a small online casual game, available for free worldwide, later released for mobile as well. Now I decided that better late than never, and I'm planning to start the TM application in U.S. The question which I'm unable to find an answer is: Is there any limit on the delay between first use and TM registration? And second, does it matter that in the intervening years, several similar games were released which used the same or similar names? It doesn't matter how much time has passed from when you began using the mark; what matters is whether you abandoned the mark during that period. If you have continuously used the mark -- for example, the game was always available in some download format for users -- then you probably haven't abandoned it.
What's abandonment? Abandonment occurs when the mark is no longer used in commerce and there is sufficient evidence that the owner intends to discontinue use of the mark -- for example, a company stops filling orders and tells vendors that the product is discontinued. Under the Lanham Act, a mark registered with the U.S. Patent and Trademark Office is presumed abandoned if it is not used for a continuous period of three years or more.
What about similarly named games? If other games have appeared with similar names, that could be a hassle. Have any of these other game-makers already registered the mark? (Here's an explanation on how to search trademark records). If someone else registered it, it's going to be a challenge to displace the registered mark, even if you can demonstrate that you were the first user (and have "priority"). At the same time, if you seek a federal registration, it's possible that one of these other users will seek to oppose your registration, or alternatively, will fight back if you seek to stop their use. Because your course may be tricky to navigate, a trademark attorney's advice can help.