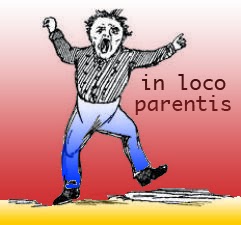 Dear Rich: We are a not-for-profit producer of educational programming for public broadcasting. When minors participate in public radio programs, we obtain releases from their parents. If a minor is recorded in a school under the direct supervision of the school's principal, can the principal, acting in loco parentis, provide a valid release if the parent declines to respond to our request for one? We don't think that a school can grant a release by a minor for a public broadcast performance. Equally important, we're not sure why the school would want to be in the position of granting the release.
What is a release? A release, in its purest form, is an agreement in which someone releases the other party from liability. For example, a ski lodge might seek a release from liability from the students on a school ski trip. When students perform for the radio, the public radio station may seek a release for future claims of invasion of privacy, right of publicity, or defamation. In other words, after granting the release, the minor can't come back and sue over the subsequent use of the material regardless of the context. Releases sometimes include an assignment of rights in which case the radio performer gives up any copyright in their words or performance. Some releases are broad (for all future uses) and some are narrow (that is, geared to a specific activity, for example, a release for a particular radio show).
In loco parentis. The doctrine of in loco parentis, as applied in primary and high schools, enables the school to stand in for the parents in certain matters --  typically disciplinary enforcement of school rules. Usually the doctrine is triggered when school officials isolate, interview, and penalize a "trouble-maker." Reviewing the doctrine, the Supreme Court has said, "First Amendment rights of students in the public schools are not automatically coextensive with the rights of adults in other settings."
A release is a contract. The school's ability to serve as a parental surrogate appears to be limited to enforcement of school rules and standards. We see no evidence that the in loco parentis doctrine permits the school to enter into legal agreements on behalf of a minor or to guarantee the performance of a contract, particularly a contract in which the student gives up the right to sue over tort claims. In addition, we can't imagine the doctrine applying when assigning a copyright (that is, giving up an intellectual property right). Previously we've waded into the issue of who can sign a release or agreement on behalf of a minor. The rules are murky involving voidable agreements, parental guarantees, and judicial ratification. Even if the school had the ability to act in loco parentis in this manner, we're not sure it's in the school's best interest to do so (and we think the school's general counsel might agree).

Email ThisBlogThis!Share to TwitterShare to FacebookShare to Pinterest
Labels: in loco parentis, release