Why Can't I Play Cover Songs at Farmer's Market? 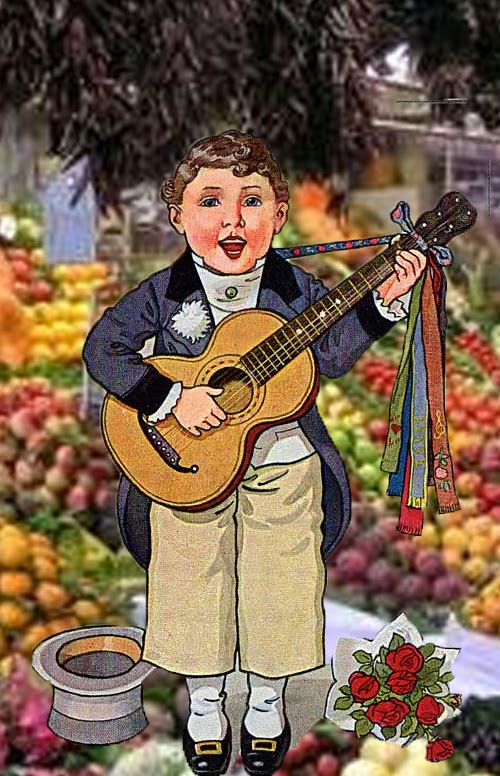 Dear Rich: I sing and play guitar (for about 50 years now). A few years ago I started playing and singing at a local farmer's market. About a month ago the manager of the market said I couldn't play cover songs anymore. ASCAP had contacted them and threatened to sue. I just assumed this wouldn't apply to me since I am not paid to play and the market does not advertise live music. I just play for tips ($10 - $20 for four hours!) and this is a public place. So, if I play out on the street corner in downtown Tucson is ASCAP going to threaten to sue me? Also, is there some kind of fee I could pay just for the privilege of playing copyrighted songs? [Disclaimer: Members of the Dear Rich Staff belong to BMI, ASCAP's rival.]
For those readers who are unaware, ASCAP is a performing rights organization/society (known as a PRO or PRS) that collects money from those who play songs in public ("public performance"). It then, in turn, pays the owners of those songs, typically a songwriter or song publisher. PROs collect money from malls, radio stations, TV stations, restaurants, and any other institutions or merchants who broadcast or perform songs from the ASCAP repertoire. Lately the PROs have begun to pursue an overlooked venue -- farmer's markets. Here's what a typical ASCAP letter might look like. The Farmer's Market Coalition is amenable to working out an arrangement but has balked at the stiff fees demanded by the PROs. The organization has retained legal counsel to look into the issue.
Will they pursue me? We're sorry to learn that your busking career has been so drastically altered, especially after having enjoyed the gig for several years. If you decide to return to the streets, we don't think you'll be hassled by a PRS. Performing right societies don't pursue individual musicians, they pursue and license the establishments where the music is performed. You can't pay an "individual" fee for performing cover songs because ASCAP only collects from the businesses, establishments or sponsoring organizations.
Isn't it unfair? That depends on who you ask. Your arguments -- you're not being paid, the market doesn't advertise live music, it's a public place -- may work for espousing free speech, but they don't line up with copyright law or commercial reality. The right to "perform" a song is controlled by the copyright owner. In any case, you're free to play music in a commercial setting as long as it's not ASCAP music. So your original or public domain compositions won't get anyone in trouble. Whether you get paid or not is of no consequence because the market benefits in the same way Urban Outfitters and Whole Foods benefits by presenting a more "pleasing" shopping event. (Note, slow music makes people spend more!) If it weren't so, the music would get turned off. (PS. The Dear Rich Staff is old enough to remember when you didn't have to listen to music when you shopped for English muffins!)