Will I Get Sued For Not Getting Movie Permit? 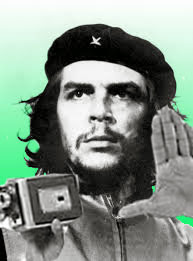 Dear Rich: Last year I shot a feature length film guerilla style in Washington D.C. I had very low budget for the film so I couldn’t afford the insurance or location permit fee. I went head and shot all my exterior locations with out any city permit including one in a park. We were shooting very low key and we didn’t have any problem while filming no police stopped us or asked for any permit at all. My question is, after the film is finished released can the city come after me for not acquiring proper permits for the exterior locations? I might add some of the locations are very recognizable. Also I have one actor wear a baseball hat with the national logo in it and another actor is also wearing a t-shirt that has a bold letters that could be copyrighted words. Am I going to have a copyright infringement issue with the owners of the logo and the t-shirt? It's possible, though unlikely that the District of Columbia will sue you for failing to obtain a D.C. film permit. Like all jurisdictions, the District of Columbia has the right to penalize those who fail to obtain required permits -- for example, it can go after those who violate its rules regarding building permits, parade permits, etc. But practically, most jurisdictions don't chase after filmmakers post-production ... at least we can't find any evidence.
Film permit laws. The primary purposes of film permit laws are to avoid liability (by guaranteeing insurance coverage),  and to secure the location (police, parking, closures and other coverage) Permits also often serve as a location release for filmmakers  and because some distributors and insurers audit releases and rights, it's possible that your ability to distribute your film may be limited by your lack of a permit.
Hats and shirts. You're unlikely to have a copyright issue over the t-shirt (copyright doesn't protect short phrases). As for the hat, we're not sure what you mean by "national logo." If you're referring to a flag or some other U.S. insignia, you're not going to run into a problem. If you're referring to a federally registered trademark, you may need permission if you are showing a non-documentary film in any sort of national distribution system (festivals, commercial distribution, etc.). Here's a post we wrote about trademarks and movies and here's a previous post we wrote about permits and photography. Also, you can check out our book on permission

for more information on using trademarks.
Posted by The Dear Rich Staff at 6:00 AM