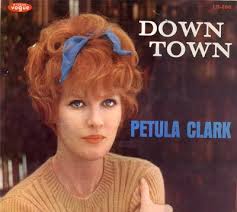 Dear Rich: I live in a not-for-profit retirement community, and am a member of the chorus. For a performance (audience=community residents), I added a verse to the song "Downtown", referencing our facility's location in the "Uptown" neighborhood of Chicago. Now there is discussion of using a clip, recording, or other form of this performance as part of the community's marketing efforts. Would this use of the music be covered under the "fair use" provision? The lyrics are mine, and I'm not as concerned about them. This all started out very simply, and I'm flattered that this is being discussed, but we don't want to create any intellectual property issues.
You own the rights to any original lyrics you create but copyright law requires that you seek permission before altering an existing copyrighted work. (Permission is also required from the song's publisher -- Universal Music -- if you want to distribute copies of the song, or sync the song with a video. You can read about the licensing requirements in a previous post.)
Fair use. We can't say whether fair use would work as a defense in your case but you can get a rough idea by looking at some fair use music cases. Even though you're a non-profit, the commercial marketing purpose would likely weigh against a fair use argument. More importantly, fair use is a defense that you would only use if you were being threatened with a lawsuit ... and we don't imagine you want to be in that position.
The real world ... Practically none of this will matter if the song's owners don't find out about your use, or choose not to chase senior citizens altering lyrics (the music business may not want a replay of the Macarena debacle). In any case, if the community uses the song, you can cover your bases with indemnity.
What's indemnity? If the community wants to proceed and you're unsure, you can ask the community's management to release you from any resulting claims of liability. This is officially known as "indemnification" and can be accomplished informally with an email from community officials saying something to the effect that they will hold you harmless for any claims that result from the use of your lyrics and that the community will indemnify you for any damages, including reasonable attorney fees.
Posted by The Dear Rich Staff at 6:00 AM