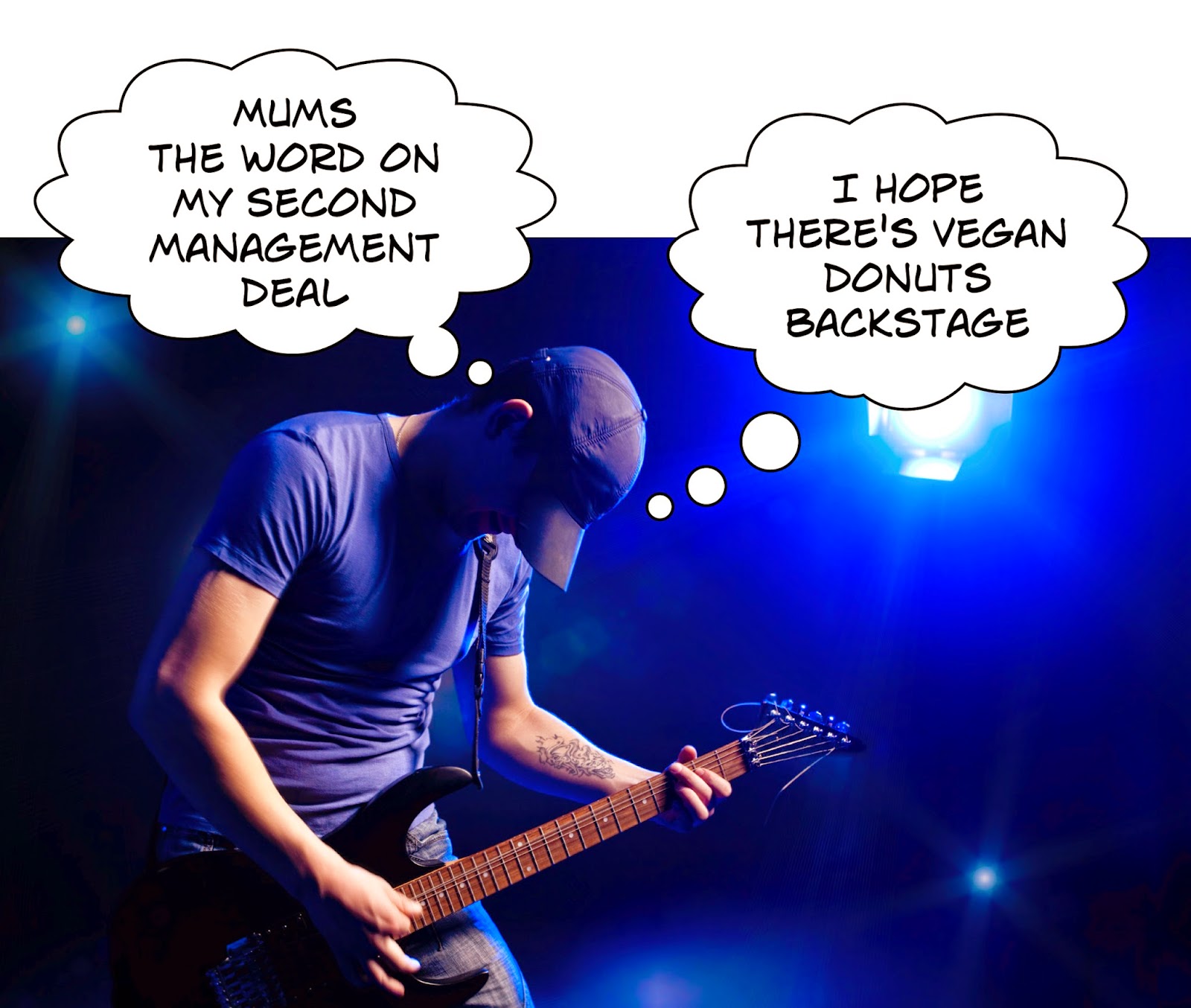 Dear Rich: I recently became band manager and I have some questions regarding the contract that we are in the process of negotiating. The lead singer writes all the original material himself so would it make sense, or even be possible to have a contract with the band as a whole but a separate contract with the lead singer as he is writer and therefore any publishing deals or sync royalties I set up would only be relevant to him. He also has a solo tribute act that I will oversee. So, if I had a separate contract with him for his solo act, which would only involve performance commissions, could that contract also include publishing/sync elements relative his material written for the band since the other band members would not actually receive anything from that revenue stream.
We're old fashioned and believe in discrete agreements for discrete purposes. Because of that, we see three agreements in your future
Managing the band. You'd use a management agreement with the band. Because you seem particularly interested in the career of the lead singer, you would probably want a leaving member provision that allows you to manage any band member who strikes out on their own.
Music publishing agreement. Traditionally, when a manager wants a cut of a musician's songwriting income, the manager acts as music publisher and enters into an agreement with the songwriter, either a music publishing agreement or music administration agreement. In the music publishing agreement, the music publisher acquires copyright in the songs and the songwriter gets a cut of revenue. In the administration arrangement, the songwriter retains copyright and the publisher gets a cut for handling the paperwork associated with song promotion. As a general rule, we discourage musicians from entering into publishing agreements with managers unless there are strict limitations on time (it should not extend much longer than the management deal) and songs (it should only cover songs released during the management term).
The tribute band agreement. Why are you getting paid by the tribute act? If it's because you're booking shows, you would use a booking agent agreement. (Note, that in some states, like California, booking agents are regulated and must be licensed.) If it's because you're managing the act, then you'd use a management agreement.
FYI Dept. You can find detailed explanations of all three of these agreements in our book, Music Law, or in our exciting new Music Law program presented by Lynda.com