Who Owns Gameplay in Video Game? 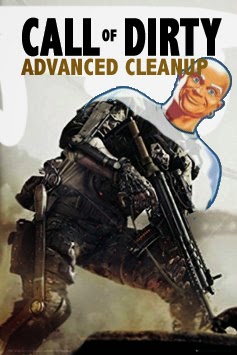 Dear Rich: If I screen capture while playing a video game like Call of Duty, who owns that? I know I don't own any rights to the video game itself but can I stop someone else from copying or showing my screen cap of how I played the game?
In order for you to stop someone, you have to be able to demonstrate you have some proprietary rights in what was captured on screen. We doubt whether your gameplay -- absent any additional content -- amounts to copyrightable authorship. The issue first came up in 1983 when the Seventh Circuit Court of Appeals held (in a dispute over an unauthorized chip board) that just because the Pac Man game had an interactive multiple choice storyline did not move the copyright from the manufacturer to the player. In other words, the user "plays" the game; the user doesn't create content (although there may be an exception in the case of custom-created avatars or similar modifications). By analogy, courts have held that participants in sporting events -- no matter how accomplished, graceful, or skilled -- cannot claim copyright in their play or in specific moves they make. (See National Basketball Association v. Motorola). If this isn't what you wanted to hear, keep in mind that there some who believe games should not be protected by copyright at all!
Posted by The Dear Rich Staff at 6:00 AM