Who Do I Have to Sue to Get a Cup of Coffee? 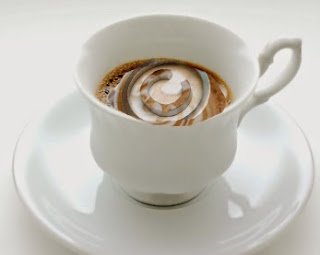 Dear Rich: The Keurig company sells coffee brewers equipped with DRM technology. The next model will discontinue the DRM as Keurig cited poor sales and consumer complaints. Another coffee company has been selling a little plastic device that allows consumers to circumvent Keurig. Are these devices grounds for a lawsuit?
Digital rights management systems (DRMs) may be used to limit access to Java®, but we don't think they'll work for java. For legal and customer relations reasons, we don't think Keurig will pursue those who circumvent their technology.
Keurig's system. Keurig's coffee machines won't make coffee if a non-authorized coffee-filled pod is inserted (unless consumers jerry-rig a workaround). As a result of declining sales, Keurig is reintroducing its re-useable pods (permitting users to choose their own brew) but it's not clear whether Keurig will ditch its scanner/DRM entirely.
Is Keurig's system a DRM? DRM (or digital rights management) refers to methods for restricting post-sale usage of (or access to) a copyrighted work such as music at the iTunes store or books sold via Kindle. Cracking, reproducing, or tampering with DRM technologies violates the Digital Millennium Copyright Act (DMCA). This all works out well for movie studios seeking to protect copyrightable content but not so well for manufacturers seeking to limit access to non copyrightable works like garage door openers and printers (and we assume coffeemakers). As one commentator put it:


In cases involving manufactured products, where the products are part of an interoperable system, courts have found that DRM controls must be closely linked to the underlying copyright interest in order to have DMCA protection.

So, we don't think Keurig will have much luck claiming a DMCA violation. In addition, the DRM-ing of coffee makers may also lead to antitrust problems.
P.S. #1 The Keurig consumer fiasco is part of a growing consumer rebellion (sometimes known as the "right to repair" movement) involving farmers, car customizers and other angry consumers blocked by software from modifying and fixing products.
P.S. We're going to assume the last sentence of your question was either an unintended pun or the product of an over-caffeinated mind.
Posted by The Dear Rich Staff at 6:00 AM