Can I Write Fiction Using Patented Inventions and Copyrighted Architecture? 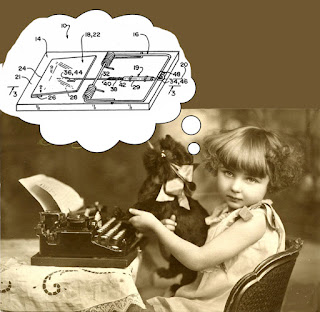 Dear Rich: To what extent do writers of prose editorial works (whether fiction or nonfiction) need to worry about patents and architectural copyrights? Can I write a novel in which characters use or discuss some invention or technology that is covered under a current patent? Is a fiction or nonfiction description of a work of copyrighted architecture an infringement of that copyright? For example, if I write a (fictional) novel containing scenes that take place in a building subject to architectural copyright and that include narrative descriptions of relevant design features and layout (e.g., the rooms through which characters run during a chase scene), does that infringe the architectural copyright? Does it make a difference if the building is a public?
Write away! It's highly unlikely that you'll get hassled for writing about about patents or architectural works.
Patents. Patent infringement occurs when you make, use, or sell a patented invention without authorization ... not from writing about a patent. Keep in mind, a patent is not a secret; it's published for all to see. Even quoting from patents won't get you in trouble. As the USPTO states at its website: "Subject to limited exceptions ... the text and drawings of a patent are typically not subject to copyright restrictions." That said, you could get hassled for reproducing a patent drawing. In Rozenblat v. Sandia Corp. 69 USPQ2d 1474 (7th Cir 2003), the 7th Circuit recognized the copyrightability of an inventor's patent drawings.
Architectural works.  Infringement of an architectural copyright occurs when someone copies "the design of a building as embodied in any tangible medium of expression, including a building, architectural plans, or drawings."Architects have many modes of expressions but we're hard pressed to imagine an architectural rendering solely in words. Writing about an architectural work would not infringe the work, anymore than writing about a Warhol silkscreen, a Robert Frank photo, or any other visual work.
Posted by The Dear Rich Staff at 6:00 AM