Do I Need Model Release for Khmer Rouge Documentary? 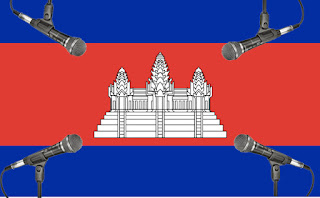 Dear Rich: I shot an on-the-open-road documentary revolving around the killing fields of Cambodia and interviewed many people along the way about their experiences with the Khmer Rouge. I thought I was covered under the journalistic news banner and did not need model releases but now more than a few people are telling me I screwed up and will either get sued or won't get E and O insurance and then no outlet to carry my show. What do you think? By signing a typical release, the subject consents to participate in your documentary and waives the right to sue over claims such as defamation, invasion of privacy, and right of publicity. A release doesn't always shield a documentarian from a lawsuit, but it's a strong defense, and it may be required by your insurer, distributor, or exhibitor.
Releases. A release doesn't have to be in writing. Video releases -- in which the subject is video recorded agreeing to the terms of a release -- are also enforceable. A consent to participate may also be implied. In Clearance and Copyright: Everything You Need to Know for Film and Television, attorney Michael Donaldson writes how Lily Tomlin sued documentarian Nick Broomfield to stop distribution of his documentary about her one-person show. One of her grounds was that she and the people around her, never signed a release. The trial court ruled that neither Tomlin or the other participants ever objected to Broomfield's cameras, a failure that prevented later objection to their participation in the film.
Bottom line dept. If you can afford the attorney fees we would suggest consulting with an attorney knowledgeable about film clearance.