Wants to Use Recycling Logo As Part of Trademark 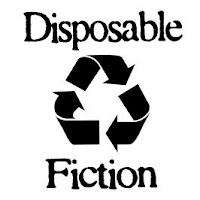 Dear Rich: I started a small comic book publishing company called Disposable Fiction Comics, LLC. We are using the recycling logo as part of our logo. I know that the recycle logo is part of public domain, but I was considering trademarking it, but I started realizing that may not be possible as it would make it private property.
The classic recycling logo -- three bent arrows in a triangle shape --has been used in many variations in dozens of registered trademarks from recycled fabrics to recycled metals to cement to photocopier cartridges to edible marijuana seeds. It even has its own design code at the USPTO (24.17.19 - Recycling symbol) which can be used when searching the USPTO trademark database.
How the USPTO handles the recycling symbol. The USPTO treats the recycling symbol as a "universal symbol"which is "any design, icon, or image that conveys a widely recognized or readily understood meaning. The USPTO advises examiners (Note: Word document download) that a mark using a universal symbol is registrable if it:


"... is highly stylized, if it incorporates elements that are not usually in the symbol, or if it is integrated with other matter in the mark, and, as a result, a distinctive commercial impression separate and apart from the symbol’s usual significance is created or a source-indicating unitary whole is formed."

In light of the registered marks, we believe that your use of the recycling symbol meets the standards described above. Hopefully, if there are no other impediments (for example, prior users in the same field of goods or services) or other registration issues, you should be cleared for takeoff. 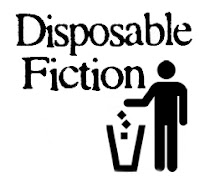 None of our business dept. In light of the universally recognized meaning of the recycling symbol -- to designate recyclable materials -- isn't there a disconnect when you combine it with a word like "disposable" ("something designed to be thrown away after use")? Our re-branding suggestion is attached.