What is the Time Limit for Filing Sampling Infringement Lawsuit? 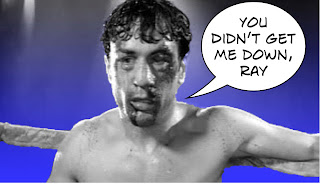 Dear Rich: I manage a band that made several songs, one in particular that has been sampled 153 times by various artists from 1988 to 2013. Except for half a dozen artists who made deals and paid (and this was negotiated and hidden from the rest of the band by one member who has since been thrown out) they have not been compensated. One of the richest men in hip hop used the song three times and never paid a dime. Of course they did not know the law and by the time they discovered it most had been sampled years earlier. Now several lawyers tell us there is a 2-3 year statute of limitation! Is that true? So there is no way to get justice for their performance being ripped off. I am not talking a couple of seconds. The drummer plays throughout the entire track on some of these recordings.
For copyright infringements, the statute of limitations -- the legal time limit by which you must file a civil lawsuit -- is three years from when you discovered the infringement (or when it reasonably should have been discovered). In 2013, however, the Supreme Court permitted an author/screenwriter's heirs to wait 18 years before filing a copyright infringement lawsuit against the owners of the film, Raging Bull. Copyright law provides that when there are ongoing successive infringements—for example, as in this case, where copies of Raging Bull continue to be sold—the copyright owner may bring the lawsuit within three years of any infringement (and can collect damages for only the preceding three years).
Laches. Prior to the Supreme Court ruling, lower court decisions had prevented the heir's’ lawsuit under an equitable principle known as laches (it is unfair to proceed with a lawsuit when one party has waited an unreasonable amount of time to bring the claim). In light of the federal statute of limitations, however, the Supreme Court ruled that it was inappropriate to apply laches. Check with your attorney to see if this case may benefit your situation.
Posted by The Dear Rich Staff at 6:00 AM