Now, Can I Use "Happy Birthday" in My Movie? 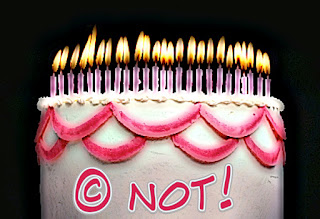 Dear Rich: I made a mini-doc and there's a segment where people sing "Happy Birthday" at a retirement home. Based on what I read the song is in the public domain. Can you verify?

No court has yet ruled that "Happy Birthday" is in the public domain but that may change. The song is the subject of a  legal challenge brought by a filmmaker who last week reported discovering the smoking gun in the case -- publication of the lyrics in the 1920s without a copyright notice.
Backstory. Prior to March, 1989, a failure to include notice on published copies could result in loss of copyright. (The U.S. was the only country following this rule and it was one of the things preventing us from joining the Berne Convention.) The law was criticized because it punished inexperienced artists like cartoonist Robert Crumb and the troll company, and rewarded defendants who dug up published copies of the work without notice (even if those works had not misled them).
Can Happy Birthday survive attack? To prevail, the owners of "Happy Birthday"will have to show that the 1920s distribution was a limited publication (to a limited group of people with restrictions); that the publication was not authorized; or that a reasonable attempt was made by the copyright owner to correct the error. In any case, there's some irony in the fact that this strange near-forgotten rule is being exploited by an indy filmmaker against a mega-corporation.
Posted by The Dear Rich Staff at 6:00 AM