When Do Comments Become Co-Authorship? 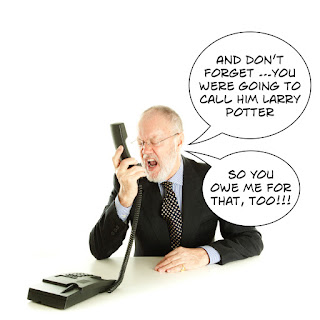 Dear Rich: I'm a writer, and after your most recent column, I'm wondering: Are there any clear legal standards regarding when editorial suggestions or changes to a work created by someone else rises to the standards of a joint work? (I'm not talking here about works made for hire or by employees, which I know are a separate case.) Here are some examples: (1) someone proofreads my manuscript and marks grammatical and typographical corrections as well as pointing out some factual errors or inconsistencies (such as spelling a fictional character's name two different ways at different points); (2) I read a friend's screenplay and offer some notes on the story structure and characterization, some of which he decides to follow; (3) someone suggests (but does not commission) a basic idea or topic for a work. ("You should write about X."); (4) I'm writing a work about a particular subject and contact an expert knowledgeable in that field on certain related points of fact. If I use those facts in the work, does the expert now have a claim to the work? What about if I ask for and receive permission to quote some portion of their remark? Basically, do I need to start shoving copyright assignment forms any time I talk to someone? Ack!
As a general answer, none of your four scenarios would likely result in a claim of successful co-authorship. Here's a more detailed breakdown.
Scenario 1: The proofreader. Someone who corrects punctuation, grammar or factual inaccuracies will not rise to the level of a co-author because as one court put it “The copyright laws do not protect stylistic and grammatical editing.”
Scenario 2: The helpful friend. Most courts require that a person’s contribution consist of protectible expression—that is, actual written work—for that person to be considered a joint author. As a court stated, "...[W]hen an author contributes only ideas to the development of a work, whether or not it is a "joint work," without reducing those ideas to an expression, that author does not obtain an interest in the work."
Scenario 3: The suggested idea. Same as above unless the idea was presented in an extremely detailed manner -- for example with characters fleshed out and plot intact, and in a fixed manner (on paper or via email, for example). (And that's assuming that you incorporate these ideas in your work.)
Scenario 4: The helpful expert. Facts are not protectable under copyright. As for the interview comments, courts may presume an implied consent when answering interview questions. In some cases, courts have held that some oral interviews don’t qualify for federal copyright protection, at all, and may qualify instead for what is known as common law copyright. In one such case involving an Ernest Hemingway interview, the court  hinted that Hemingway's failure to limit usage at the time of the interview implied unlimited use afterwards.

Posted by The Dear Rich Staff at 6:17 AM