Whistleblower Wants to Blow Off NDA 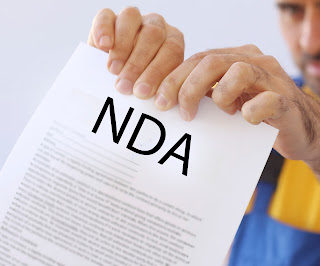 Dear Rich: Does an NDA (nondisclosure agreement) prevent me from reporting illegal activity at work?
A whistleblower -- an employee who has a reasonable belief that an employer is violating the law and who reports the violation -- is often protected from retaliation by a patchwork of whistleblower laws. In some cases, these laws are aimed at specific employees -- for example, federal employees, military personnel, and employees of companies regulated by federal agencies. In other cases, when whistleblowing involves disclosure of trade secrets, and the employee has signed an NDA (nondisclosure agreement), federal and most state laws grant immunity to the whistleblower for violation of the NDA. In one case, a court ordered a company to revise its NDA to include a clause recognizing whistleblower rights. In addition, some companies have internal whistleblower reporting procedures that may have to be followed. For all these reasons, and because of the risks involved in whistleblowing, an attorney's advice is essential.
Posted by The Dear Rich Staff at 5:00 AM