Band Wants to Use President's Name 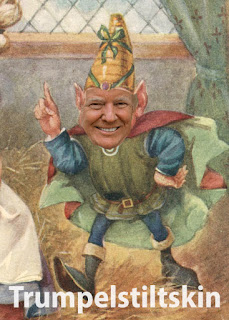 Dear Rich: I read your Music Law book, but it didn't have the answer to my question. I'm the leader of a covers band. As a side project, some members created a group called Trumpelstiltskin and the TrumPets. The bass player's wife is a paralegal, and she said we could get in legal trouble for using the president's name. I can't believe that's true.
If your band is making a statement with its music -- that is, providing an opinion, commentary, parody, or another form of protected speech -- you are most likely free to use the name based on the free speech protections provided in the First Amendment. Equally important, despite their rights under trademark and right of publicity laws, most presidents don't chase after typical uses  (or abuses) of their name or persona.
That being said ... Your paralegal friend may be referring to the fact that you won't be allowed to register your band name at the USPTO. For example, in 2017 an individual sought to register DONALD AND THE TRUMPETTES for purposes of a website and a blog. The Trademark Examiner rejected the application unless Trump's consent was provided. (The application was abandoned.) However, registration is not mandatory, and an inability to register does not preclude your use in commerce.
Two final thoughts: (1) If your band does generate sufficient publicity (for example, make it on to Fox News) you may hear from one of Trump's lawyers (presumably, one that's not in jail). After all, Trump is the first president with a trademark portfolio. (2) As to "TrumPets," beware that the sound-alike term, Trump Pets,  may eventually become another of the president's marks.