Can I Use James Joyce Case to Justify Copying? 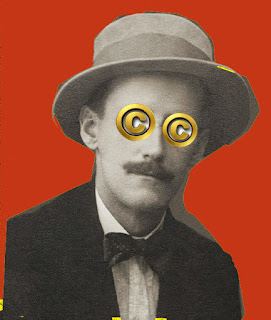 Dear Rich: I am an Australian author now based on Italy. I have written a biography of a major Italian journalist with the permission/collaboration of his publisher and newspaper, obtained by my former Australian publisher, which approved the manuscript for publication. Unfortunately, very similar to the Shloss case, his heir who inherited the copyright to his work has refused use of the archive material which is central to the biography and I cannot publish the book. Can I use the Shloss case to look for an American publisher?
We don't think you'll have much success using the Shloss case as justification for your borrowing -- that is unless, like Carol Shloss, you're willing to take on your adversary in an expensive lawsuit.
The Shloss case. Shloss v. Sweeney (aka Shloss v. Estate of Joyce) was filed by Carol Shloss, a scholar of James Joyce, who had written a book about Lucia Joyce, James's' daughter. Shloss and her publisher were pressured by Joyce's estate to remove published and unpublished material relating to James and Lucia Joyce. Later, Shloss wanted to publish the excised material as an electronic supplement to the book and she asked a federal court to determine whether she had the right to do so. Shloss's lead attorney, Lawrence Lessig was seeking "a clear statement from the court that such academic use of copyrighted materials is protected under fair use.”
No precedent. Shloss succeded in getting more than she wanted. After failing to knock the lawsuit away with a Motion to Strike, the Joyce estate agreed to settle, removing their objections to the publication of the deleted material, granting Shloss more rights than she originally requested, and ultimately (after a court order) paying $240,000 to compensate Shloss for her legal fees. But as Lessig indicates, even though the case was a victory for fair use, it did not set a legal precedent. That's because the parties settled the matter, not the courts. Unless you can marshall legal forces like the Stanford Fair Use Project, citing the Shloss case will have little value.
Posted by The Dear Rich Staff at 3:32 PM