Royalty or Equity for Copyrighted Character 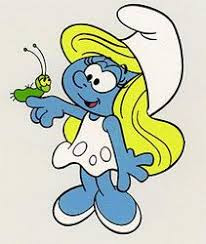 Dear Rich: I am being asked to work as creative director for a new entertainment company that is just starting. The plan is that this company will have one principal entertainment property that hinges on a main character (a cartoon), with the goal of creating a desirable licensable image and personality (via online episodes and games, and eventually consumer goods). That will hopefully lead to startup funding. I am currently collaborating directly (without compensation) with the founder of the company to co-create this character by providing art and writing. I will eventually be the principal individual in charge of directing her image, voice, and evolution and once the company is funded, I will be offered to join as an employee with full-time salary as part of the employment package. I am also being offered a percentage of equity in the company. The founder's goal is to sell the company (in the internet/Silicon Valley tradition) once the revenue from licenses, etc. is established. The founder and I have discussed the possibility of future royalties as an incentive but we don't have a good idea as to a standard for this. A big concern for the founder (and shareholders) is burdening the sale of the company with an ongoing commitment by the acquiring party to pay an individual (or individuals, in the event the founder also has an interest in a royalty stake) in perpetuity. This sounds non-standard for what we know of the internet industry. But perhaps it is not that unusual and we are just unfamiliar? Sometimes the Dear Rich staff imagines what life would have been like if we (not Peyo) had created the Smurfs -- the licensing possibilities, the interaction with our adorable blue friends, and most important, knowing that we're leaving behind a lovable legacy. We're not saying we'd be happier or more fulfilled -- there's a limit to the satisfaction provided by licensed characters, and we imagine there's also considerable stress -- but things would definitely be different if we surrounded ourselves with Smurfdom.
Right, you had a question. You're kind of in the position of a pre-Smurf Peyo. We admire your business planning and strategizing (as General Eisenhower said, "plans are useless; planning is indispensable") but what you should keep in mind is that while you proceed, legal decisions are being made without you knowing about it. For example, if you and someone else are creating a copyrightable character, then you're both co-authors of that character (once created) under copyright law. No paperwork is required for that to occur. As co-authors, either one of you can license the character provided the other co-author is reimbursed. If you've already created the character, you'll need to deal with (and acknowledge) that fact. Sometimes, this is accomplished by assigning your rights to the venture and once you assign your rights, that's it. You won't be able to get those rights back for 35 years. Alternatively, if you're hired as an employee, and you create the work after becoming an employee, the company will own whatever you create. So, if you haven't created the character then you should probably work out the paperwork before beginning ... so you're not playing catch-up later. At the same, if you and the founder are currently contributing to the business and planning to share in the revenues and you haven't 'created' a company, then you're operating as a partnership, with all of the legal obligations that entails.
What paperwork do you need? It's all about how you will be compensated. Maybe equity -- stock ownership of the business -- will be sufficient. If you acquire stock and the company is sold, you'll probably receive a payment for your shares and that will be likely be that. You're unlikely to receive income from any post-sale revenues (unless that's a condition of the sale of the business). If you're receiving a royalty for your copyright interest, that would continue after a sale because the new owners would have to assume the royalty obligations.
Do acquiring businesses want to assume royalty obligations? As a general rule most companies like to pay once for a business and not to have continuing payment obligations. On the other hand, many acquiring businesses -- music, movie, toy, publishing, and photograph companies --- assume royalty obligations as standard operating procedure. It's no big deal. We believe that if your property is a serious revenue-generator, royalty obligations won't stand in the way of a sale. And we wouldn't worry about a new owner having to pay in perpetuity. When it comes to acquisitions, anything can be worked out if the parties are willing.
Next steps. Document everything. If someone makes you an offer, save the document or email. If you agree to something, put that in writing. If you're in the midst of creating the character or storylines, keep track of who contributed what. Situations like yours are often sorted out after the fact and documentation is essential. If possible, avoid creating your work until the paperwork is in order. That's because if the character is created and becomes a hit, the company will be in a better financial position to challenge your legal rights. That's why the time to get everything right is before creation of the character.
Posted by The Dear Rich Staff at 8:25 AM