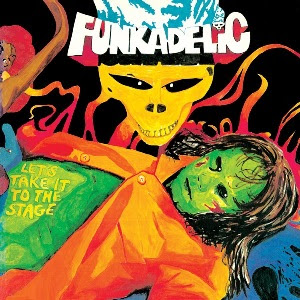 Dear Rich: I am a music publisher and have a sampling question. How would you describe the essential difference between the opinion in Newton v. Diamond as compared with Bridgeport Music, Inc. v. Dimension Films? If Bridgeport had been decided first, would the judge in Newton be obligated to render a different decision? No, the Dear Rich Staff doesn't think so. The two decisions referred to are both sampling decisions but they actually address two different issues. Sampling music usually involves two copyrights: one for the songwriters (the musical composition); and the other for the arrangement, production and recording of the musical sounds (the sound recording copyright). The record company usually owns the latter, a music publisher usually owns the former.
Newton: A Lawsuit Over the Musical Composition. In Newton (the case involving the Beastie Boys' use of a James Newton flute sample), the Beasties paid for a license to use the sound recording, but they did not obtain a license to use Newton's underlying composition. When Newton sued, the court ruled that the borrowing of the composition was de minimis (too small to matter).
Bridgeport: A Lawsuit Over a Sound Recording. In Bridgeport (in which a film company used a George Clinton/Funkadelic song sample in a movie soundtrack), the defendants were sued solely over the failure to obtain the sound recording license. The court asked the same question as you, and answered as follows:


"[This case] raises the question of why one should, without infringing, be able to take three notes from a musical composition, for example, but not three notes by way of sampling from a sound recording. Why is there no de minimis taking or why should substantial similarity not enter the equation. Our first answer to this question is what we have earlier indicated. We think this result is dictated by the applicable statute. Second, even when a small part of a sound recording is sampled, the part taken is something of value. No further proof of that is necessary than the fact that the producer of the record or the artist on the record intentionally sampled because it would (1) save costs, or (2) add something to the new recording, or (3) both. For the sound recording copyright holder, it is not the "song" but the sounds that are fixed in the medium of his choice. When those sounds are sampled they are taken directly from that fixed medium. It is a physical taking rather than an intellectual one."

Mental, eh? Unfortunately for musicians the takeaway is that based on Newton and Bridgeport, all sampling of sound recordings requires permission, whereas some sampling of compositions is excusable. We can't say we agree.
Posted by The Dear Rich Staff at 6:00 AM