Columnist Wonders: Who Owns My Column? 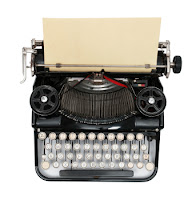 Dear Rich: I recently left my position as editor of a weekly newspaper. During my 24-year stint at the paper I wrote a popular column and won many national and state awards. I am considering writing a book that would consist of a compilation of some of my columns along with personal recollections. I am in the dark as to what rights I have to my columns and whether I can re-publish them. The newspaper owners have been running a small copyright insignia for many years but for about the first 10 years of my employment, they did not. If you could shed some light, I'd appreciate it. Because you were editor, we're going to assume that you were an employee of the newspaper, not an independent contractor. In that case, the newspaper owns all rights to your columns. (We're assuming the columns were created in the course of your employment, not on your own time). If they were created on your own time (and away from work), you may have a claim to them (unless your employment agreement is to the contrary).
The copyright notice. If you've been writing columns since 1988, it probably doesn't matter whether the copyright notice was included. It certainly doesn't matter for any columns published after March 1, 1989. (No notice was required after that date.) If the notice was omitted from columns published before that date, the works could still be covered by the newspaper's blanket notice, typically included on an editorial page or some similar page.
What should you do? We can't predict the results but we would hope that the newspaper wouldn't have any objection to your reproduction of the columns in your book. (Perhaps you can argue that you're promoting the goodwill of the paper.) They don't have to give up the copyright (although you could ask for that) in order for you to use the columns in your book. If they give permission, get it in writing. It can be short and simple -- something to the effect of "We license to you the right to reproduce XX columns in your book tentatively titled "My 24 Years as Editor." If you're looking for a more detailed agreement, check out our book, Getting Permission.
Posted by The Dear Rich Staff at 6:00 AM

Email ThisBlogThis!Share to TwitterShare to FacebookShare to Pinterest
Labels: copyright, employees, work made for hire