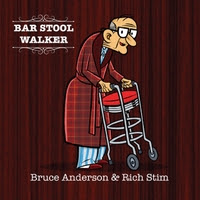 Dear Rich: I have a question about how songwriting credits work when there are multiple songwriters. I'm in a band with four people. The lead singer/guitarist, I'll call him A, writes all of the lyrics and usually brings in an introductory melody when we're writing songs, but the other three members (let's say B, C, and D) all work together collaboratively to come out with a finished song. We're trying to figure out the best way to present our songwriting credit, because A feels that he is the "primary songwriter," but the rest of us don't want to be left out entirely (and does copyright even recognize a "primary songwriter" vs. a secondary one?). We've agreed between us that any royalties will be split equally, but in case something happens I want to be sure that the legal situation and the personal preference are the same. Is there a legal difference between listing songwriting credits as "written by Band Name," "written by A and Band Name," "written by A with B, C, and D" or "written by A, B, C, and D"? Fortunately, the Dear Rich Staff doesn't have problems divvying up credit for our new album, Bar Stool Walker. It really helped to get rid of the lyricist. (That's right, it's all instrumental; no pesky vocals!). And, yes, you can pick it up at iTunes, too. Too early for illegal downloads but we'll let you know.
Right, you had a question. You're really talking about three things: (1) how you get paid, (2) how you get credited, and (3) how you register the copyright. Let's take a quick look at each.
How you get paid. If you have decided that songwriting royalties will be divided equally, you should write that into an agreement signed by A, B, C and D. These songwriting-splits arrangements are usually found in band partnership agreements (and we've included some examples in our Music Law book). The songwriters will also get paid for public performances by performing rights organizations (PROs) such as BMI and ASCAP. In other words, all of the songs and songwriters (and their shares) need to be registered with an appropriate PRO. However, you can probably wait on that until after you're getting sufficient radio, or webcasting (Pandora or Live 365) play.
How you get credited. Credit and payment are distinct. So, however you credit the songwriters, it shouldn't affect how you get paid (assuming there's an agreement about payment in place among the songwriters, as discussed above). For consistency's sake, you should probably agree on something --for example, "all songs written by A & B, arrangements by C & D" -- and include that 'credit language' in the band partnership agreement as well.
How you register songwriting copyright. If you file an application for the song copyright (which is a good idea but not a prerequisite for copyright protection), you must list each person who has contributed to the songwriting and their contribution. If you're filing online (see below), for example, you would simply check a box (or boxes) indicating whether the author's contribution was music, lyrics, or musical arrangement. You should keep it simple and avoid the "Other" box, if possible. The Copyright Office doesn't care who is getting paid or what their percentages are. It merely wants to keep track of the songwriters. (Again, all this is discussed in our Music Law book.)