No Sales: Can Book Contract Be Terminated? 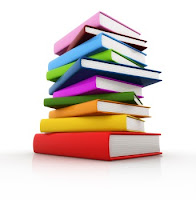 Dear Rich, My co-author and I wrote a book published in 1998 by a Berkeley publisher, who then sold the publishing company to an out of state publisher with no interest in the book. We did not receive an advance, and I would generously guess that we received $500 in total royalties to date. The second publisher only sent royalty statements every couple of years, some showing a few dollars owing (but no checks) and others showing substantial reserve against returns, although we don’t believe they are selling the book except on Amazon. We heard that they destroyed most or all of the print stock. We want our rights back, but our contract seems to say that all they have to do is keep one copy “available” for sale (and the Amazon site conveniently says that they have one in stock), and they get our rights in perpetuity. This contract even says they can keep it in print by making it an on-demand title, which I would think could tie it up forever. Can they really keep our copyrights for the rest of our lives and do nothing to sell our book? Obviously it’s not worth our suing them for royalties (their records show $180 due right now, with reserves against returns, of course). And there doesn’t seem to be anything in here giving us the right to terminate for their failure to account and pay us.  As you probably know, back in the old days, book contracts had a provision that they could be terminated if the publisher failed to keep print copies in stock (known as a "reversion clause"). Alas, things are not so simple nowadays.
Print on Demand. We looked at the contract clause you forwarded and unfortunately it appears that termination for insufficient demand is made at the publisher's discretion. The termination/reversion clause also specifically states that print on demand is enough to justify the publisher's rights under the agreement. This is an onerous (but likely enforceable) reversion clause. A more equitable termination provision would have stated that you are justified to terminate if sales are under a certain number of units -- say less than 25 books per quarter -- for three or four consecutive quarters. (The issue of reversion clauses was recently discussed at this blog.)
Throw in the towel? That doesn't mean you still can't terminate the contract. But you must come up with evidence that the publisher committed some material breach of the publishing agreement. Typically, that means a failure to pay royalties. Just because there's nothing in the contact that details an obligation to make timely payment and accounting, these obligations are implied and may be your route to reclaiming rights. You should have a publishing attorney review the contract to determine if that is a basis or if there is another basis for reversion. The attorney would also review your contract's "assignment" provision to make sure that the successor publishers have the rights they claim to have. There may also be creative theories available. Though it's a longshot, a California court may be open to the argument that an exclusive licensee (the publisher) has an implied obligation to exploit the licensed work.
Can they keep the copyright forever? No, but they may be able to keep it until 2033. A copyright owner who transfers rights is entitled to reclaim them after 35 years. See our recent blog entry.
Posted by The Dear Rich Staff at 6:00 AM

yes, that's always a good idea ... although many publishers are not as compassionate as the one that you work for ...