Wants to Use Lion King Screenshot 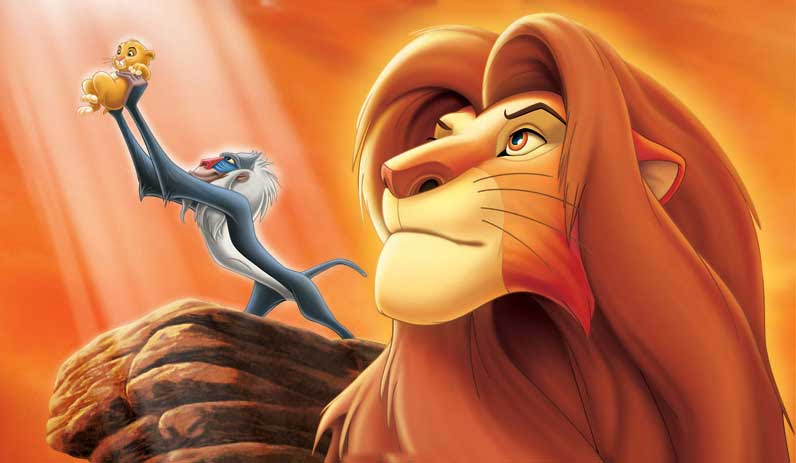 Dear Rich: I want to use a YouTube screenshot of Lion King, the scene where he talks to the ghost of his father, as an example of human trait of denying death, and clinging to dead parents. From what I've read, I think I'm clearly within "fair use," but would still like permission. When I mail my request, I do not know whether to include the screenshot, or just a description. Would just having the screenshot be considered an infringement? We wouldn't worry about possessing the screenshot or furnishing it as part of request for permission. That's fairly common when asking for permission and Disney is not going to call in the lawyers over that.
Fair use? You haven't explained in what media you intend to use the screenshot or what size. In general, your intended republication sounds like a fair use --  you're using the photo for a transformative purpose, to comment on an anthropomorphic personality trait. Of course, the less prominent your use (for example, not on the cover of a book or your use of a smaller image versus a large one), the more likely the fair use defense may work. But as we always say, you can only prove fair use in court ... which means that if Disney learns of your use (and cares) you'll have to give up on the imagery or go toe-to-toe (or is it head-to-head) with the Disney legal team.
Speaking of the Disney legal team ... We have a feeling that unless you're representing a major website, book publisher, or film production company, Disney is unlikely to respond to your permission request (or if they do, they will deny it). That's because it's generally inefficient for the company to deal with and track minor requests, and much easier to simply deny them. In that case, you'll be in the odd position of having been told by Disney that you can't use it. Because of that potential result, many people with self-published or independently distributed works bypass the permission request. These people don't expect Disney will learn of their use and (like you) they may have a decent fair use defense as backup.
Posted by The Dear Rich Staff at 6:00 AM