Wants to Use Police Photo of "Grateful Doe" 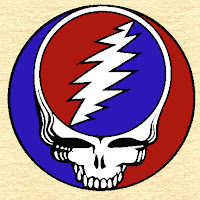 Dear Rich:  I want to use images that appear on the Virginia State Police Missing Person's webpage for a 1995 unidentified person's case in which a young hitchhiker was killed in an automobile accident following a Grateful Dead show. The driver was identified but the young hitchhiker passenger has yet to be identified despite a feature on Unsolved Mysteries, a Facebook page dedicated to the case, and a lengthy, detailed thread on a Grateful Dead fan message board. I am interested in publishing a book about the case and wish to use the police sketch image, computer facial reconstruction photograph, and photographs of his belongings in the book. The images appear on the Virginia State Police Missing Person's webpage as well as various subsidiary missing persons sites. The book will be a sort of shrine and memorialization of "Grateful Doe" as he's called, as well as an exploration of my obsession with the case and human identity. Can I argue transformative, fair use? It's unlikely that any of the materials you want to use -- police sketch image, computer facial reconstruction photograph, and photographs of his belongings -- are in the public domain. Assuming they were created under the direction of the Virginia State Police, that agency (or the State of Virginia) would own copyright unless the state expressly disclaimed copyright (and there's no such statement at the state's website). That Said Dept. However, as with many police sketch photos, most-wanted photos, and age-enhancement missing persons' photos, it's extremely rare for a law enforcement agency to pursue those who copy/infringe the photos (at least we've never heard of a lawsuit over this issue). One reason is that republishing the images typically serves the purpose of the agency -- to determine the identity or location of the photo subject. That may explain why these images are commonly reproduced without permission (see, for example, the Unsolved Grateful Dead Fan Cases, and the Unsolved Mysteries Wiki).
Permissions and Fair Use? You indicated that you requested permission from the Virginia State Police and have not heard back. That's understandable because they probably don't know how to deal with such requests. (Keep a record of this request in case you are ever hassled over your use -- it may mediate claims against you.) Although you have a strong fair use claim, as always, we discourage making that defense because, as we mentioned in a recent post,  it's expensive to prove. Most likely the copyright owners will not care about your use.
Posted by The Dear Rich Staff at 6:00 AM

Email ThisBlogThis!Share to TwitterShare to FacebookShare to Pinterest
Labels: fair use, mug shots