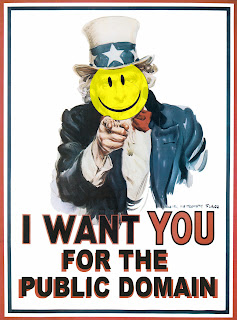 Dear Rich: I'm running a small art print business selling my own artworks primarily. Most of these artworks can be considered as motivational works for US Air Force, US Marine Corps and US Navy personnel. My plan is to also sell prints of photos that fall under public domain being DoD (Department of Defense) photos (no recognizable persons on the images). In this regard I'm looking for proper regulations before I get into that. Under what circumstances is it legal to do print reproductions for commercial use - if any? I've outlined three cases and I'd highly appreciate to get your feedback on each of them. Case 1: I'd use the Public Domain photo in the form as it was publicly released to sell them as prints. Is this legal? Do I have, to or is it advisable to, credit the photographer if it's a PD image? Case 2: Same as above, but I'd process the image, improve it's image quality, color reproduction and potentially crop it or change proportions. Case 3: I'd use parts of released PD photos to recreate new work of art/photo composition. You're correct that the imagery available at the DoD's website is in the public domain (unless the material is marked otherwise). That's because under U.S. law, any works produced by federal government employees within the course of employment is considered to be in the public domain. That doesn't mean the government has to give you the works for free --  for example, the DoD can charge for duplication and handling charges. The government can also establish restrictions on commercial uses. Assuming you meet the standards for your commercial use, there doesn't seem to be anything prohibiting you from your three case scenarios. The DoD often provides the name of the military photographer but we're not seeing any requirement that attribution be provided with each use. That's up to you.
But wait there's more ...  The rules regarding accessing and acquiring DoD imagery are about to change. According to announcements made last month, a private company has been awarded a contract to digitize and license DoD content. Here's the DoD's statement of objectives for the project and here's an article explaining how it works. In short, accessing DoD works may involve more fees and more licensing restrictions.
Posted by The Dear Rich Staff at 6:00 AM