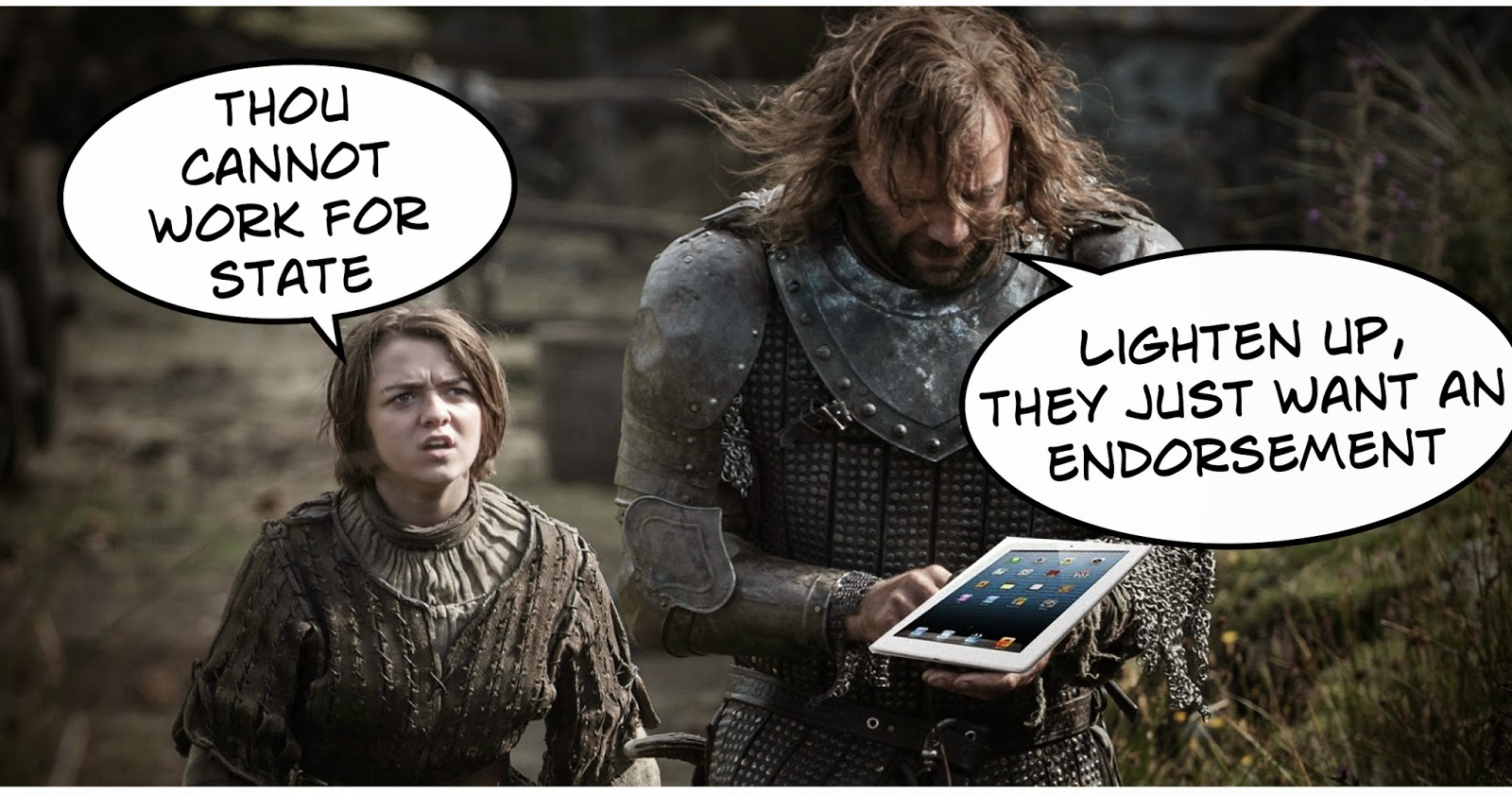 Dear Rich: I work at the U.S. State Department and I was wondering if you had any references on government agencies’ fair use? For example, if we were to take a Game of Thrones meme (w/a quote) and replace the character’s face with a Russian official, titling it “Russia’s Foreign Policy?” we are not parodying Game of Thrones per se, but we are criticizing the Russian government’s actions by modifying a well-known meme. There is ostensibly no “market” for this product. It is criticism of a policy. Does this qualify as Fair Use? In a straight rule-following world, meme-makers would most likely need permission from the owner of the underlying photograph (In the case of GOT, we're not sure which of the five production companies claims copyright ownership). However there probably wouldn't be any copyright associated with the accompanying text. It's too short to garner protection. In any case, as we intimated in a previous entry on memes, if you're concerned about the legal issues, you're probably too old to be making memes.
What about fair use? Copyright owners seem to have reached a truce with meme-ists, realizing that hassling meme owners isn't worth the potential backlash. However, the owners of Game of Thrones could always make an exception if they feel that the government is using its copyrighted characters in furtherance of an unpopular policy. (Remember when George Lucas almost sued Reagan over the use of the Star Wars trademark?)
Can they sue the feds? Yes, the U.S. government can be sued for copyright infringement. It's possible that the government could defend itself using a fair use defense as it did here, but as we remind our readers, only a judge or arbitrator can make a final determination about what is fair use.
Posted by The Dear Rich Staff at 6:00 AM