Relationship Between Fair Use and Infringement 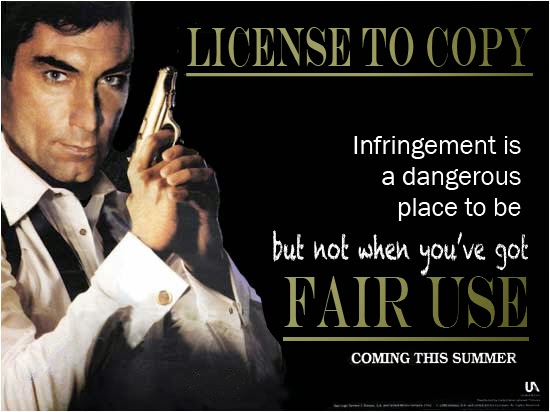 Dear Rich: I was troubled by the blanket assertion in a recent post in which you stated that if you copied a copyrighted work without authorization, you're infringing. I believe that if your use is a fair use, you are not infringing. Or are you trying to suggest that a fair use is a form of authorization? We wrote, "If you copied a copyrighted work without authorization, you're infringing. Whether that's unlawful depends on whether you can mount a successful defense." In other words, we think fair use means "permissible infringement," and we think your position is that it means "no infringement." From the defendant's POV, we're both right because in either case, the defendant is off the hook. (The distinction might matter in a dispute over indemnity or insurance coverage.)
Where we're coming from ... Fair use is an affirmative defense and affirmative defenses allow a defendant to avoid liability even if the defendant committed the alleged acts. That's why a court usually won't consider fair use until after making a finding of infringement. As the folks at Chilling Effects put it, "Once the plaintiff has proven that his or her copyright was infringed upon, the burden lies with the defendant who invokes the fair use defense to prove that her or his use of the copyrighted work of another should be legally permitted ..."
That said dept. We stand corrected -- see comment below. Thanks Peter!
Posted by The Dear Rich Staff at 6:00 AM

Email ThisBlogThis!Share to TwitterShare to FacebookShare to Pinterest
Labels: fair use