If You Write It, They Will Sue 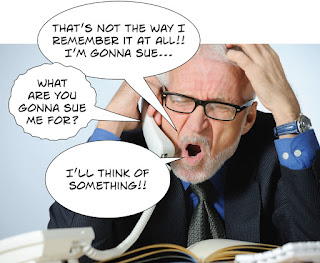 Dear Rich: I wrote a novel that is set on the city street I used to live on. The year is 1968. It follows the interaction of a dozen kids, ranging in age. At some points the teasing between the kids gets very intense: “Your mom’s a tramp. Your dad left two years ago and you don’t even know where he is,” etc. The book is essentially a comedy and all of the characters, including the one drawn from me, are presented in a broad amusing fashion. The book will include the standard fiction disclaimer on the copyright page. I have set the novel in a different city, changed all the characters names, physical descriptions, parents jobs, etc. No one would ever read my book and guess that these people were the inspiration for the characters in the book. However, there are about forty of us from that original street who still keep in touch through Facebook and my problem is that if any of those forty people ever read the book they would immediately recognize the street, and they would know who wrote the book.  Although most of them would enjoy the book, I am afraid that over time a few people might feel that they are literally portrayed and might take offense. In short, if I self publish this book, am I setting myself up for a defamation or invasion of privacy lawsuit?
Most courts tend to provide authors with some leeway when depicting characters derived from real life. Although this freedom is sometimes framed as a first amendment defense, it more likely results from the complaining person's failure to prove his or her case. For example, if an unhappy childhood friend sued you (known as the plaintiff in legal jargon) your friend would have two substantial hurdles. First, the plaintiff must prove that the character actually depicts the plaintiff (an analysis that needs to include the dissimilarities as well as the similarities). Second the court must be convinced that you made a damaging false statement or portrayed the plaintiff in a false light. Some courts have ruled against novelists (blame it on this 25 year old case), but if you haven't completed your novel, there are simple ways to avoid the sound of the judge's gavel.
BTW Dept. (1) The right of publicity -- another claim sometimes made in these situations -- is a hard  argument to win against a novelist. (2) You cannot defame or invade the privacy of someone who has passed on.