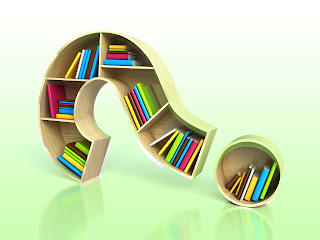 Dear Rich: For several years I've been researching and writing for a novel I describe as an anti-sequel to a popular and influential novel by a well-known author of the fifties that advocates a greed-is-good philosophy. The characters in this story are the next generation from the heroes in the original (who died tragically, leaving their children to be raised by others), and there is conflict between those who espouse the philosophy of the prior story and those who emphatically do not. So, none of the characters from the original appear in my story - even the use of the names can be avoided if necessary. But there will be no doubt for the reader which story I am taking off on. This is not a parody but an imagined continuation of the other. The working title is a clear reference to the older book. How much trouble might that put me in? I had thought of pitching it to the same publisher as the original, thinking it would also stimulate discussion about and sales of that book to which they hold the rights. Good idea, or not so much?
We don't think pitching your idea to the rights holder for the book (it may not be the publisher) is a good idea. The book upon which your sequel is based is already the subject of TV and movie deals and we strongly doubt whether an unauthorized sequel would be welcomed. Further, pitching your idea eliminates any hopes that your book -- should you self-publish it -- can fly under the radar, unnoticed by the copyright owner.
The horror! The horror! We can't say whether your work qualifies as a fair use. That's always a crapshoot. It's possible you may be able to legally justify your sequel --  for example, the author of the Wind Done Gone survived an expensive lawsuit and was able to publish a book derived from Gone With the Wind. That author renamed the major characters and avoided much of the plot from the original, and told the story from the point of view of a slave, supposedly Scarlett O'Hara's half-sister. At the same time, the author of 60 Years Later, an unauthorized sequel to Catcher in the Rye, lost his expensive court case against author J.D. Salinger, though he was eventually permitted to publish his book in the U.S. Win or lose (and we think the latter is more likely), you will likely face an expensive lawsuit if you proceed with publication of a book intended as a"continuation" of a best-selling author's novel.
P.S. Have you considered writing the sequel to a book in the public domain?
Posted by The Dear Rich Staff at 6:00 AM