How Do I Stop Compulsory License? 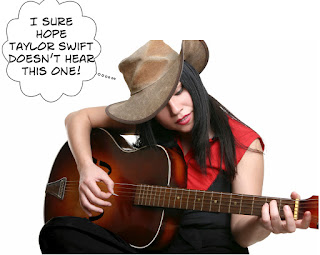 Dear Rich: How does one prevent a compulsory license from being obtained? For example, what if I don't WANT anyone else recording MY song? Can a publisher and/or a copyright owner refuse to grant a compulsory license? What if some non-respectable band decides to record and release a song that I have published, which then tarnishes my band's reputation with our fans? Nobody ever gets clearance to cover Led Zeppelin without authorization. How does that work? I mean, doesn't a compulsory license kind of render copyright null and pointless?
First, a little background: The compulsory music license permits a musician or record company to distribute a version of your song on a compact disc, vinyl, or digital download (all referred to as "phonorecords") if they pay the statutory rate, currently 9.1 cents per copy. The compulsory license does not permit you to use a song in a movie, TV show, commercial or a music video. Those uses would have to be licensed separately. The compulsory license is available only after you have first distributed copies of the song to the public. It's not available if you never distributed your song as a phonorecord -- for example, if your song was only used in a movie or TV show. The compulsory license is also not available if the musician covering your song wants to make substantial changes to the music or lyrics -- for example, Weird Al Yankovich negotiates permission* to create his parodies. The compulsory license has been around for over 100 years and was considered a boon to songwriters when it was first enacted because it guaranteed compensation for "mechanical" reproductions. Should your band sign with a label, the label is required to pay songwriters the compulsory license fees (or a lesser negotiated amount known as a three-quarter rate).
Right, you had a question. As for your concerns about another artist tarnishing your reputation, we have doubts about that. Other artists might release versions of your song that you don't like but we don't see why that would tarnish your cred. We didn't care for Britney Spears' remake of "Satisfaction," or Jessica Simpson's version of "These Boots Are Made For Walking," but they didn't diminish our love for the original versions (and from a financial perspective, we think the songwriters were okay with these lesser gems, as well). And of course, sometimes, a mundane cover reveals something unexpected or sometimes a cover is so good, fans believe it is the original version.
Copyright realities. Finally, you need to keep in mind the goal of copyright: the government is granting a limited monopoly because it wants to encourage creativity. The compulsory license fulfills that purpose. In fact many people wish that compulsory licenses exist for photography as well as for all intellectual property.
* BTW -- here's the happy ending to the Weird Al/Gaga story)
Posted by The Dear Rich Staff at 6:00 AM