Does Weird Al Qualify as a Parody Fair Use? 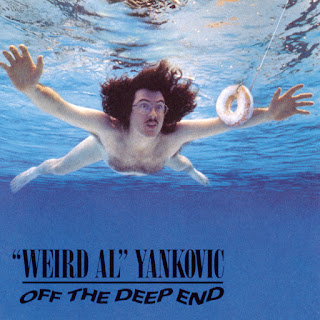 Dear Rich: In a recent answer you linked to a blog posting by Weird Al Yankovich in which he says the following: "My parodies have always fallen under what the courts call “fair use,” and this one was no different, legally allowing me to record and release it without permission." He adds, though that it has always been his personal policy to get the consent of the original artist before including his parodies on any album. What do you think of Weird Al's fair use analysis? Is putting different, humorous words to an existing song automatically a parody that does not require permission?
We appreciate Weird Al's contribution to popular music but we think he may be mistaken about fair use.
Is Weird Al a parodist? His songs make us laugh but that's not enough to qualify as a parody. Under copyright law, a parody comments on the work (or author) being parodied. As the Supreme Court wrote:


For the purposes of copyright law, the nub of the definitions, and the heart of any parodist's claim to quote from existing material, is the use of some elements of a prior author's composition to create a new one that, at least in part, comments on that author's works․ If, on the contrary, the commentary has no critical bearing on the substance or style of the original composition, which the alleged infringer merely uses to get attention or to avoid the drudgery in working up something fresh, the claim to fairness in borrowing from another's work diminishes accordingly (if it does not vanish) ...

An example of this principle can be found in a case involving a book -- The Cat NOT in the Hat! --that borrowed from Dr. Seuss. Although the author took Dr. Seuss's style, language and characters, his book was not a parody because it did not comment on Dr. Seuss; it simply used Dr. Seuss's style to re-tell the trial of O.J. Simpson. In other words, when Weird Al makes fun of the songwriter or subject matter of the song, it may be a parody but "ridiculing other unrelated stuff is a big no-no." A Weird Al song like "Smells Like Nirvana" may qualify as a parody but the same may not be true for "Like a Surgeon." (If you find this distinction between parody and satire to be artificial, many legal experts agree with you.)
Is permission required? Even if his songs qualify as parodies, a bigger issue may be the amount of material taken from the original songs. By its nature, parody demands some borrowing in order to “conjure up” the original. But even with this more extensive license, less is more when it comes to fair use. For example, in one case, fair use was found for  a twenty-nine second parody entitled, “When Sonny Sniffs Glue,” which altered the original lyric line of "When Sunny Gets Blue," and borrowed six bars of the music. Similarly, very little was borrowed in the Pretty Woman case. The rap group 2 Live Crew only took the opening musical tag and the words (but not the melody) from the first line of the song “Pretty Woman” (“Oh, pretty woman, walking down the street”). The rest of the lyrics and the music were different. Compared to these cases, the extensive reworking of lyrics, combined with the complete taking of musical compositions (similar to what happened here) would make it difficult for Weird Al to successfully claim fair use for his compositions.