Can I Sell Stuff I Found in a Dumpster? 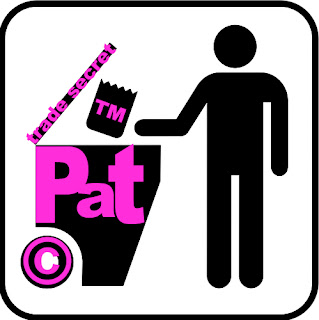 Dear Rich: Can I legally sell products that I found in a dumpster?
The general rule is that you can keep and dispose of property once it has been deposited in a trash receptacle from which routine collections are made (and once the person throwing it away has left the area). For example, a carpet is abandoned once someone drops it in a dumpster and walks away. The Supreme Court has ruled that once an article has been left for collection, the person throwing it away has no reasonable expectation of privacy in that article.
Diving for IP. If the discarded article is protected by copyright or patent law, you can sell it but you can't reproduce it. For example, studio engineer Bones Howe found Elvis Presley master tapes in a  dumpster behind a Hollywood studio. Years later he sold the tapes back to Elvis's label but Howe never had the right to make copies of "All Shook Up" and other Elvis tracks. At the same time, you have no rights to sell a discarded article if it has been stolen as a Manhattan woman learned after she found a $1.1 million painting on the street. Dumpster diving for trade secrets is common practice for industrial spies. Although some experts disagree, federal courts have held that trade secrets placed in the trash are not legally protected.
Legal problems for divers ... If the dumpster is fenced in or on private property, the dumpster diver may be guilty of trespassing. The diver may also be charged with theft if the items were not actually discarded -- for example, someone puts out furniture for pick up. Or, alternately, the diver may be charged with littering if trash is scattered after the dive or under nuisance/disorderly conduct laws if the diver has made a scene. And of course, diving for the purposes of identity theft is verboten.

Posted by The Dear Rich Staff at 8:38 AM