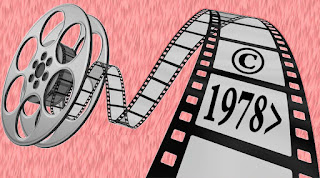 Dear Rich: I'm working on a project digitizing and restoring various films, all of which were released before 1978. (a) Some films have a copyright notice such as “Copyright 19xx John Smith” notice in the credits. Is the copyright good for 28 years? (b) What happens if a work has a notice such as “Copyright 19xx John Smith” but was never registered? Can someone else other than the original creator or transferee step forward and file a copyright claim before the 28th year ends? (c) If a work did not have a notice and wasn't registered as above, can someone (original owner, or other) come forward before the 28th year ends and files a new copyright on it? (d) If a work has a “Copyright 19xx” notice in the credits but no name or entity, is the copyright valid?
A film that is published before 1978 is subject to the Copyright Act of 1909. That copyright law had certain restrictions and formalities that are not included in the current act, three of which are relevant to your questions.
Registration or Renewal? Except in certain cases, registration was not a requirement of copyright under the 1909 Act. Renewal, however, was a condition of continued protection. The 1909 Act provided for an initial term of 28 years, and if renewed, a second 28-year term. It is estimated that less than 15% (see fn. 8) of works were renewed. (You can check renewal records for more information.) Renewal was not required for works published after 1963; it was automatic. Finally, the copyright term for all works still under copyright in 1998 was extended by twenty years (for a total of 95 years). So, for example, if a film was published in 1965, it was automatically renewed and is protected until 2060.

Who can register a work? Only the author or the author's transferees, or someone with their authorization, can apply for registration. Film restoration, though it requires great skill and craft, does not demonstrate sufficient originality, by itself, to claim a derivative copyright in a public domain film. However, film restoration plus additions or revisions -- for example, a re-recorded soundtrack and commentary -- may be the subject of copyright. Claiming ownership in a purely public domain work is verboten.
Copyright Notice. Until March 1, 1989, copyright notice (with certain exceptions) was required on all copies of a pre-1978 work published with the authorization of the owner. These three requirements -- notice, publication and authorization -- were the subject of many lawsuits.
Publication. For example, a film was not considered "published" when it was displayed or "performed" in a movie theater. Publication of a film, according to attorney Stephen Fishman, occurred when "prints of the film were transferred to an independent film distributor that made several hundred copies and sent them to its branch offices (also called “exchanges”) around the world. The exchanges entered into film rental agreements with exhibitors who then showed the films to the public." The Ninth Circuit has held that films were published for copyright purposes when copies were placed in these exchanges for distribution to theater operators, a position supported by the Copyright Office and the film studios.
Notice format. There were various rules regarding placement in the film and the notice format. But keep in mind that judges, faced with the invalidation of copyright because of a notice error are often forgiving. Courts will look to determine whether any notice is present that advises the public that there is a proprietor, and that the notice doesn't affirmatively mislead. On that basis, it's not prudent to assume that the failure to name the owner in the notice invalidates the copyright.
Posted by Rich at 11:44 AM