Can We Get Patent Rights Back From Our Employer? 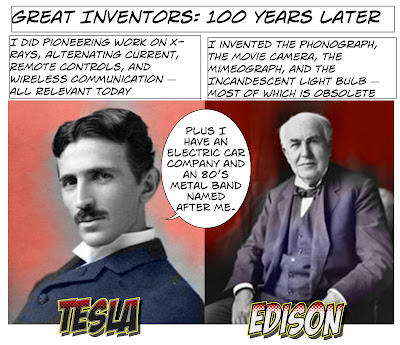 Dear Rich: Almost two years ago I had an idea and with two other guys that I worked with. We developed a product completely outside of work (none of our jobs were in hardware design etc.). We took almost a year to get the product right, but at the end, we had 10 prototypes created and decided to let our boss know about it as he could benefit from it and we could benefit from his funding us. We came to a verbal agreement that he would fund our further development and that we could use time/space at work to further work on it. He would loan us funding for inventory and circuit changes etc. In return, we would give his company exclusivity for one year before we sell it publicly. That would give him the advantage in the market and after the year we would also give him favored nations pricing. He said he would pay for the patent and wanted us to assign it to him as insurance that we would pay off the debt to him. Once we did that, he would assign it back over to us (it did sound strange but we trusted him). We did try to get our agreement in writing. We have various emails and instant messages with him and the point of contact he wanted us to brief. In hindsight, it seems he was stalling because he recently sold the company and is claiming that we never had an agreement or that since we assigned it to him we don't own anything. But we were never compensated and would never have assigned without the agreement we came to. So, in our minds, we wondered whether it was an assignment based on fraud or was unconscionable? Why would we assign without getting anything at all? Is there anything we can do?
Unfortunately, like many inventors, you've lost control of your invention. To get the rights back, you need to (1) convince your employer to assign the rights back to you (through negotiation or litigation), or (2) convince a judge to invalidate the patent assignment. This may be difficult (and expensive). Note: your employer has only prospective rights. That is, there are no patent rights until a patent is granted.
The Assignment. You and your co-inventors signed a written assignment transferring the patent application for "good and valuable consideration, receipt of which is hereby acknowledged." That document was recorded at the USPTO and your employer subsequently transferred the patent from a corporation to an LLC. Assignments are presumed to be valid
Was the assignment fraudulent or unconscionable? Fraud, also known as misrepresentation, occurs when a false statement is made upon which another party justifiably relies, resulting in damage. In other words, if you can prove that your employer lied to you (or concealed the truth) and you had reason to believe the lie and were damaged, a court may invalidate the assignment. (Damage may be difficult to prove because a patent hasn't yet been granted.) A contract also won’t be enforced if it is unconscionable or grossly unfair. This almost always occurs in situations where the bargaining power is severely imbalanced and the party with more power takes advantage by forcing unfair conditions, clauses, or waivers on the other party. Fraud is often successful as a contract defense; unconscionability is not as successful.
The employment relationship. Further complicating your situation is your relationship with the employer. Ownership rules -- "employed to invent" and "shop rights" -- are more difficult to sort out if (1) the employer funds development, (2) the employee works on the invention on the job, or (3) the employee uses company facilities. Another issue is whether the invention is something that is related to the employer’s business or actual or anticipated research or development.
What to do? We suggest you retain a patent attorney to analyze the situation, and if necessary, apply pressure on your former employer to work out a solution. We doubt whether you want to bear the cost of patent litigation, so be prepared to compromise. You may be able to save on costs by using the services of an attorney connected with California Lawyers for the Arts.

Posted by The Dear Rich Staff at 9:10 PM