Can I Use Promo Photos from The Virginian? 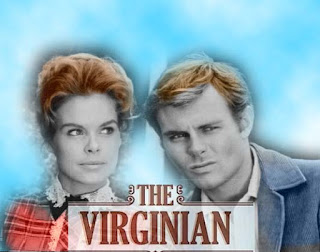 Dear Rich: I was one of the co-stars in The Virginian TV series and a friend who is creating a Wiki page for me (about to publish my first novel) and asked if the publicity photos taken of me back in the mid-60s were my property or had the copyright to them expired. I know they aren't my property, but don't know about expired copyrights and wondered if you could shed some light on whether I need to contact NBC for use of the photos on Wiki?
We can't say for sure who owns the rights to The Virginian's publicity photos, but if they're like many other publicity photos from that time (The Virginian ran from 1962-1971), there's a good possibility that they're in the public domain.
The Wind and the Wizard.  Works published before March 1, 1989, were required to include copyright notice so if the Virginian's publicity stills were distributed without a notice (the word "copyright" or "©" and the name of the owner), you're free to use them. It wasn't uncommon for stills to lack notice.


"An issue of recurring application is publicity photos for motion pictures from the 1920's through 1970's. The films themselves from that era were routinely protected as validly noticed and registered works; but much less care was typically exercised during production and in the publicity office. (1-4 Nimmer on Copyright § 4.13[A][3].)

In some situations, the lack of notice might have been deliberate. A notice might have discouraged reproductions and the whole point of these 8 x 10 glossies was to get publicity. In one case that arose over the use of posters and promo photos from the films The Wizard of Oz and Gone with the Wind, the Eighth Circuit Court of Appeals ruled the materials entered the public domain when they were distributed without a copyright notice.
Before 1964?  If any of the stills were distributed before 1964 it's likely they entered the public domain. Works published before 1964 had to be renewed and only a small percentage (estimated to be less than11%) met that requirement.
If it is still under copyright ... there are a few things to consider: