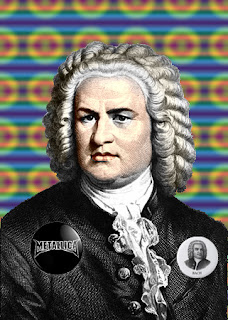 Dear Rich: I am an animation student working on a short film that uses Bach's Unaccompanied Cello Suite 1 Prelude as a background audio track. The Bach music track is nine minutes long, edited down to 90 seconds. Since Bach was a composer from the 1700s, I figured I wouldn't be facing copyright claims, but upon posting it to YouTube, I received a copyright claim from Sony Music Entertainment on behalf of Sony Classical. I planned on sending my short to a student film festival.
Two copyrights are associated with musical recordings: the "musical composition" copyright for creating the music (what would have been Bach's copyright); and the "sound recording" copyright for the audio recording and arrangement (Sony's copyright). Although all of Bach's musical compositions including Cello Suite 1 Prelude are in the public domain, some of the recordings are protected. Apparently YouTube's Content ID police tracked down your use.
Getting "master use" rights from Sony for a student film may be difficult, expensive, or impossible. You can start by contacting Sony Music Licensing. If that doesn't work, here are three other choices.
Stock music version. The easiest solution is to license a stock music version of the piece. Companies such as Pond5.com feature multiple versions for $20 to $30. Run a Google search to find other Creative Commons or public domain versions of the cello suite.
Fair use. You could respond to the YouTube copyright claim by claiming fair use. However, if Sony disputes your fair use argument, you may have to make your case in federal court. Also, there could be a problem entering festivals because you may have to warranty that your movie contains no infringing material. Festival directors may not appreciate the fair use analysis.
The semitone/transpose hack. There are anecdotal reports that transposing the audio by a semitone or speeding it up slightly can prevent Content I.D. from catching infringing uses. (There are contrary indications as well.) In any case, it's still infringement.

For your FYI Dept. There was no copyright law in Germany during Bach's life, and according to some scholars, the composer allegedly took advantage of that fact.
Posted by The Dear Rich Staff at 7:41 PM